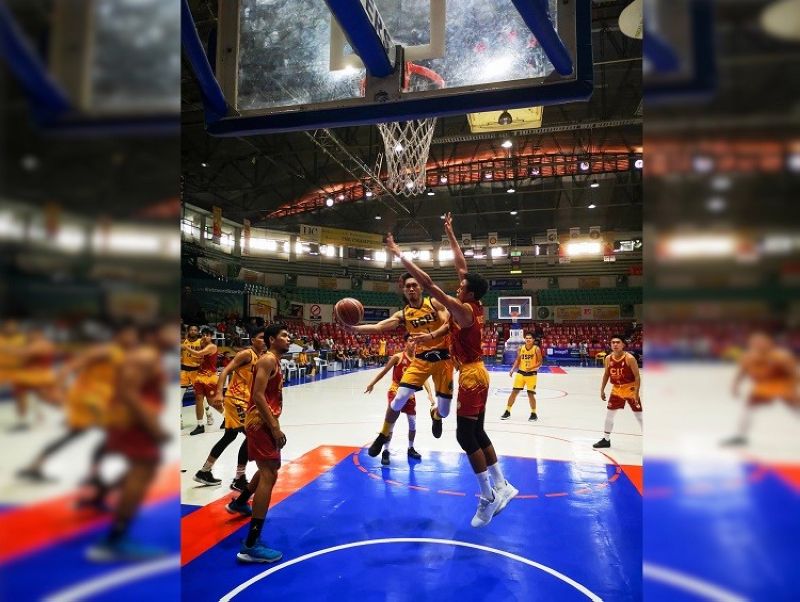 CEBU. USPF guard Graggy Sarahina hangs in the air on his drive to the hoop. (Photo by Jonas Panerio)

THE University of Southern Philippines Foundation Panthers (USPF) closed out their season with a win after defeating the Cebu Institute of Technology-University (CIT-U) Wildcats, 81-80, in the Cebu Schools Athletic Foundation Inc. (Cesafi) men’s basketball tournament at the Cebu Coliseum on Saturday, November 9, 2019.

It was a thrilling battle that went down the wire. USPF appeared to have the win in the bag after they went up by five, 81-76, after two free-throws by Steven Ursal and a lay-up by Sameen Swint with 45 seconds to go.

However, CIT-U refused to back down and pulled to within one, 80-81, after a bucket by Jesse Aloro, Jr. and a steal and a lay-up by Mark Christian Kong. The Wildcats even had a shot at winning the game but Kong missed a jumper as time expired.

Lyndon Colina bid goodbye to his collegiate career in style as he piled up 23 points, six rebounds and two steals for USPF, while Swint had 18 points, eight rebounds and five steals.

The loss wasted the incredible 32-point outing of Aloro.