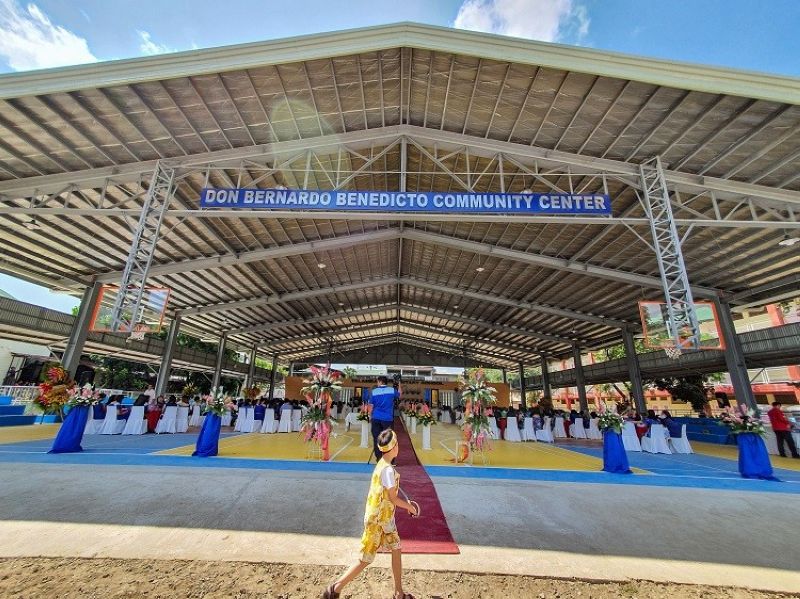 STUDENTS of Talamban Elementary School in Barangay Talamban, Cebu City will finally have a proper venue for physical activity and academic events.

The community center will also serve as a function area for communal events of senior citizens and persons with disabilities in the barangay.

School Principal Jonalyn Zabate said the community center will give the students the proper facility where they can hone different skills, especially in sports.

“The students do not have to suffer doing their activities under the heat of the sun because there’s already this gymnasium,” Zabate said.

She added school officials are now more motivated in producing individuals who can lead and help the community.

Zabate promised to the Benedictos that they will take good care of the gymnasium so more students can benefit from it in the future.

The community center is named after the father of Francisco and Enrique, who was conferred as “adopted son of Cebu City” through a resolution approved by the Cebu City Council on August 26, 1968.

Francisco said that what they are doing now is only to continue the legacy of his father, especially how Bernardo gave importance to education.

Just like his father, he believes educating the youth is a way of “transforming them into an asset in the community.”

Francisco told the teachers that he is willing to help again, assuring the teachers to help them in case they want to improve their classrooms.

The Don Bernardo Benedicto Community Center was constructed January 2019 and was completed in November.