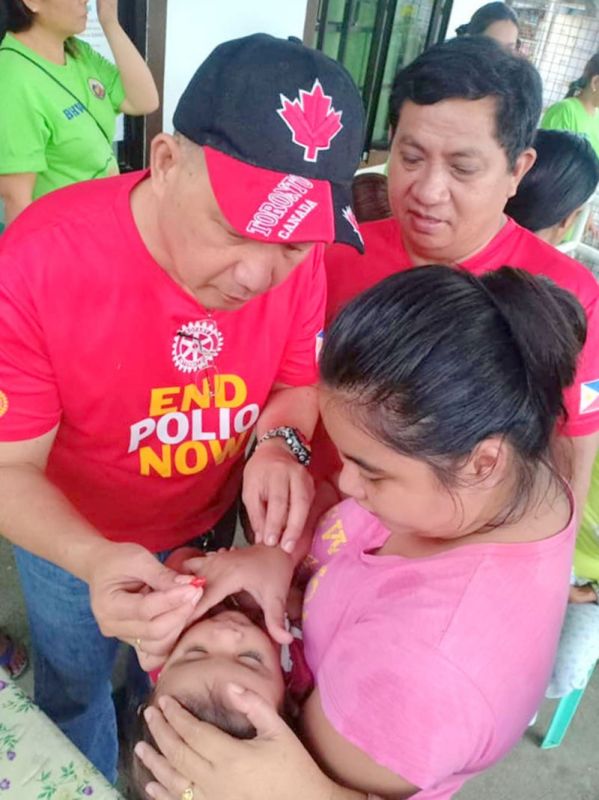 MABALACAT CITY -- Hundreds of children benefitted from the anti-polio immunization sponsored by the Rotary Club (RC) of Mabalacat recently.

Ron Nethercutt, a member of RC Mabalacat and a major donor of Rotary Foundation, said more than 200 kids ages five and below in San Juan Bano, Arayat town were the beneficiaries of their Patak Polio project.

Nethercutt said this is in line with the club’s celebration of World Polio Day on October 24.

Barangay and Department of Health (DOH) officials assisted the club during the immunization day.

Nethercutt said they also initiated a polio awareness campaign by walking around the parade ground inside the Clark Freeport.

For more than 30 years, Rotary International has been working to eradicate polio.