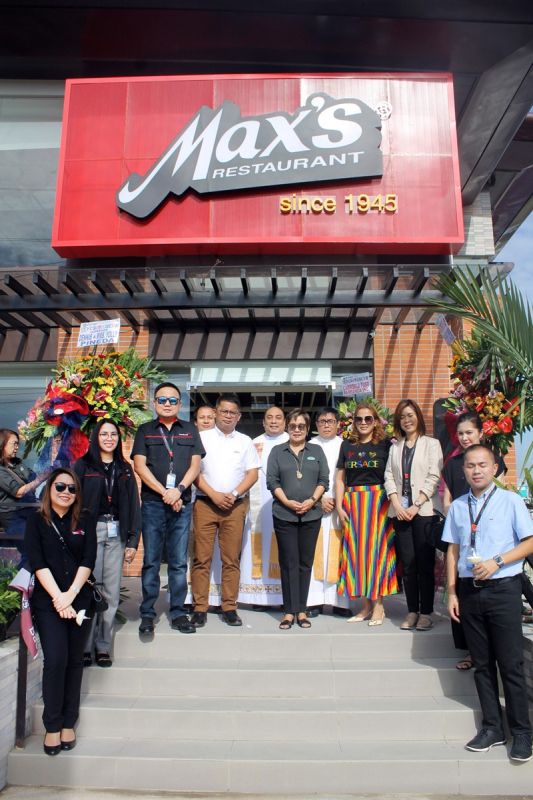 Coming off from its former site in Villa Del Sol in the City of San Fernando, Max’s Restaurant Bacolor now serves customers and foodies in a bright, well-appointed and spacious never-to-be-missed spot with its iconic chicken sign.

MCLFI owns franchises of Max’s, Pancake House, Dencio’s, and The Coffee Bean and Tea Leaf, among others.

She said that blending with the inviting ambiance, Max’s Bacolor will continue to serve “sarap to the bones” chicken and a wide array of gastronomic specialties unique to Max’s Restaurant coupled with superb service from an efficient crew.

The new restaurant was blessed by local priests while Laus, along with his children, led the ribbon cutting ceremonies.

Max’s, built in 1945, has become a household name in the Philippines for its delicious, crispy and tender-juicy chicken.

Over the years, Max’s popularity grew and it became known as “the house that fried chicken built.”

It has expanded in Metro Manila, Southern and Northern Luzon, Cebu, and to California and other places in the United States. It has also expanded to Canada.

Laus assured customers of high-quality food and services. She also recognized her restaurant staff for their hard-work and dedication during the opening ceremonies.

She added that their new business venture aims to contribute to the growth and progress of Pampanga as well as to provide jobs to the locals.