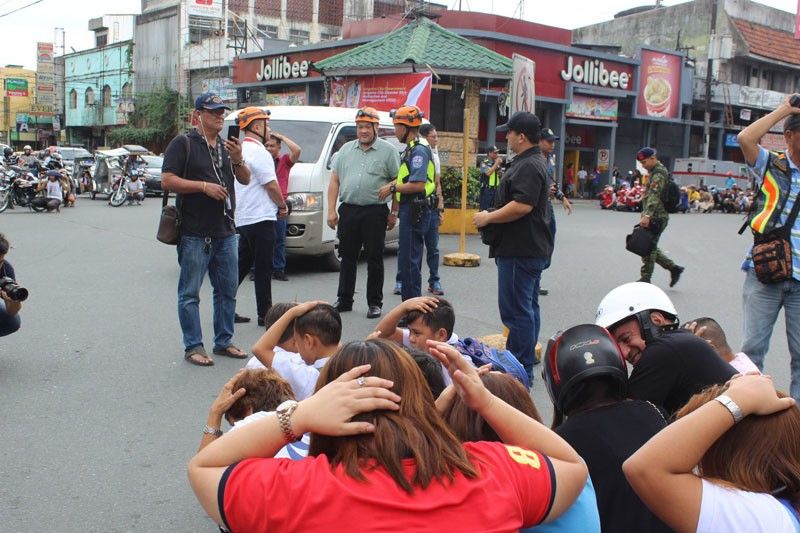 THE City Government of Angeles is set to send financial aid to earthquake victims in Mindanao.

This was disclosed by Mayor Carmelo “Pogi” Lazatin Jr. during the citywide earthquake drill on Thursday, November 7, where he similarly asked the people of Angeles to offer prayers to residents in Mindanao who were affected by a series of strong earthquakes last October.

He said the city government will send financial aid amounting to P1.5 million as well as relief goods.

The mayor also pledged to donate his one-month salary to the victims.

Donations will be accepted at the City Social Welfare Development Office, he added.

Meanwhile, Lazatin underscored the need for his constituents to be prepared in times of calamities like earthquakes.

The mayor went to the San Nicolas Public Market and led an earthquake drill, which he said is important for the people to respond to any situation.

“It is important for me to help my constituents the proper response to calamities, especially earthquakes,” he said.

The mayor urged his constituents to be ready in times of disasters.

The drill will measure the readiness of people the people and the local government to mitigate the effects of calamities, according to

The mayor also encouraged his constituents to bring emergency kits for survival during calamities.