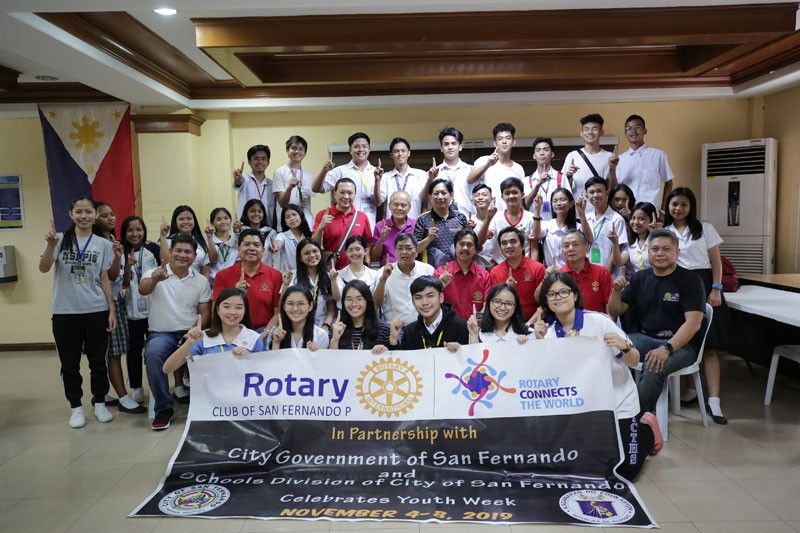 CITY OF SAN FERNANDO -- “I have so much confidence and trust in all of you. I encourage you to be like farmers. Plant good things so the younger generations can harvest good things also. Because what we plant today is what you, the youth, will reap in the future.”

This was the inspiring message of Mayor Edwin Santiago to the city youth officials as he, together with the Rotary club of San Fernando, officially concluded the youth week celebration on November 8.

Santiago firmly believes in the potentials of the youth sector reiterating the importance of their role in nation building and development. Thus, he challenged the youth officials to share their knowledge to their co-equal as they part ways.

“Take advantage of time. Train and develop younger individuals to be the next leaders of the future,” the mayor stressed.

Arlen Macaspac, Rotary Club San Fernando president, further motivated the youth officials to inculcate in their hearts the goals of the club and be mediums in achieving greater success.

Meanwhile, the youth officials honored and expressed their gratitude to the founder of youth week, the prominent and dedicated Rotary San Fernando Past President Conrado “CG” Garcia.

This year’s selected youth officials are composed of 44 students from 23 public and private schools in the city who were presented during the kick-off celebration of youth week on Monday, November 4.

Santiago led the oath-taking ceremony of the students, who were involved in the workforce and various programs of the local government unit from November 4 to 8. (PR)