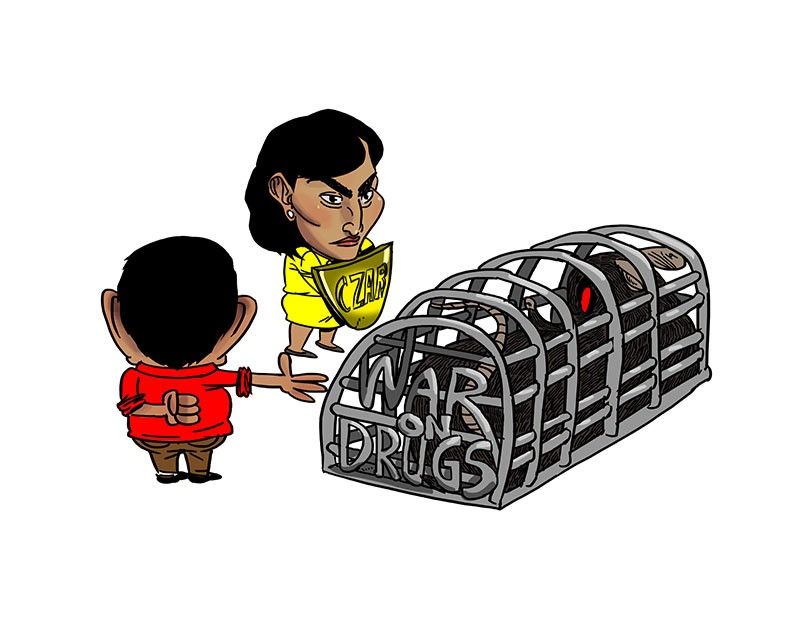 FOR more than three years now, Vice President Leni Robredo has been at the receiving end of an orchestrated campaign of hate. She has endured all the slander with patience and dignity, although I imagine it cannot have been easy most of the time.

Now that I am no longer an insider in the news business, I can freely say that in May 2016, I voted for Atty. Robredo. She was one of only two candidates then who had actually worked for social justice and human rights before running for public office. And it certainly didn’t hurt that her family had no record of robbing Filipinos blind. I remain convinced she was the best choice among the candidates for the vice presidency then.

While I think she hasn’t received a fair share of support from this administration—for instance, she hasn’t been seriously given a challenging portfolio to lead, unlike most of the vice presidents before her—I do not regret voting for her at all. Not one bit. She is one of a handful of public servants I still trust and want to root for.

Let me digress for a moment to say that it is high time we stopped pretending that journalists, whether in the news or op-ed sides of the editorial departments, have no political opinions. Being self-aware and transparent about these opinions is crucial: the small segment of the public that still reads and listens to us, instead of some overpaid propaganda operative or influencer, deserves our honesty.

American voters, for example, have a clearer idea than we Filipinos do of where their news and opinion writers may lean. In a Venn diagram of Fox News believers and The New York Times subscribers, you would see a tiny overlap, if at all. They may cover both of the major parties, but Fox will make no apologies for placing Republican (and increasingly ultra conservative) choices in a more flattering light. And the NYT has kept up a long-standing practice of endorsing candidates—usually Democratic candidates—in every election.

Anyway, when I read that Vice President Robredo had accepted an offer to co-chair an inter-agency committee against illegal drugs, my first reaction was that she was walking into a trap.

Only this administration’s most avid supporters will say that the anti-illegal drugs campaign has been an unqualified success. It hasn’t. It has placed illegal drugs front and center of the trolling contest and shouting match that now passes for the national conversation. It has certainly been brutal.

But has the tragically misnamed “war on drugs” curbed supply drastically? Has it made serious inroads in reducing the demand for illegal drugs in most Filipino neighborhoods? Has it made the greater public more confident about the honesty of our law enforcers?

After the offer, the agitation from Malacañang’s most loyal allies in the Senate was revealing. Vice President Robredo had not even had a chance to warm her seat in the anti-illegal drugs committee when the former police chief and President Rodrigo Duterte’s closest aide began belittling her. What are they so afraid of?

So far, the vice president’s calls—for approaching illegal drugs as a public health problem and for using more evidence-based approaches—have been expected. She also happens to be correct. The vice president was right in calling for better access to data, without which we cannot come to an agreement of the problem’s extent.

Call it gut feel but I worry that Malacañang is simply setting the vice president up for failure, which would be one way to deflect blame for a bloody, divisive and so far ineffective campaign. But I am not surprised that the vice president has taken the courageous step of accepting this challenge.