Cutting of roadside trees in Metro Cebu ‘to continue’ 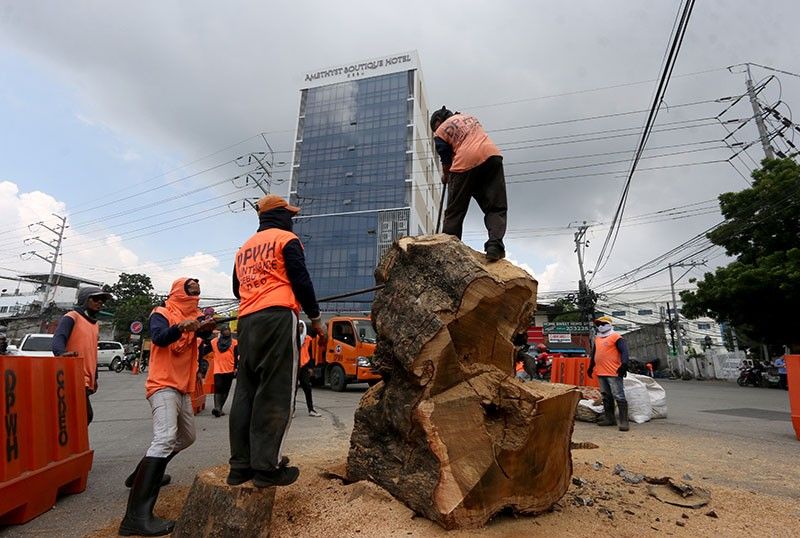 Motion denied. The Court of Appeals has denied the motion for reconsideration filed by environmentalist and lawyer Benjamin Cabrido Jr. to stop cutting trees by the roadside in Metro Cebu, saying it is not convinced that Cabrido’s petition was sufficient in form and substance to warrant the issuance of a Writ of Kalikasan. SunStar File Photo

THE Court of Appeals (CA) Special Division of Five in Cebu City denied on Oct. 28, 2019, the motion for reconsideration filed by environmentalist and lawyer Benjamin Cabrido Jr. to stop the cutting of roadside trees in Metro Cebu.

Cabrido, in a text message to SunStar Cebu, said he still has two options remaining.

“Either to refile anew to conform with the resolution of denial or raise it to Supreme Court by way of petition for review on certiorari. But I prefer the first option since it was dismissed without prejudice of refiling an amended petition,” he said.

In its seven-page resolution, the CA said that even with the new arguments and laws relied upon by Cabrido in his “instant motion for reconsideration,” the court was still not convinced that Cabrido’s petition was sufficient in form and substance to warrant the issuance of a Writ of Kalikasan.

Cabrido filed a motion for reconsideration after the CA dismissed his petition to stop the cutting of roadside trees in Metro Cebu due to lack of merit and “error in relying on an outdated law” last Oct. 11.

The Writ of Kalikasan, defined by Preda Foundation, is a legal remedy that provides for the protection of one’s right to “a balanced and healthful ecology in accord with the rhythm and harmony of nature,” as provided for in Section 16, Article II of the Constitution.

The Tepo seeks to enjoin the Department of Public Works and Highways (DPWH) and the Department of Environment and Natural Resources (DENR) from cutting, destroying, injuring, or pruning all roadside trees under the DENR Administrative Order (DAO) 2018-16.

In its Oct. 28 decision, the CA discussed in seriatim (point by point) the new issues and arguments raised by Cabrido.

The CA said Cabrido was mistaken when he, in his motion for reconsideration, pointed out that DAO 2018-16 does not recognize that the functions of the director of parks and wildlife are now absorbed by the director of forest development.

The court said that when DAO 2018-16 granted the authority to issue tree removal and relocation permits to the Cenro (City Environment and Natural Resources Office), “the secretary of the DENR, being the head of agency, merely authorized the former to represent the latter in approving the tree cutting.”

Moreover, the CA also said Cabrido failed to prove his contention that DAO 2018-16 transgresses the environmental law principle on non-regression.

The court maintained that DAO 2018-16 does not violate any environmental law.

“In any case, it is evident that petitioner, by filing his petition for a Writ of Kalikasan, questioning the delegation of the authority to approve and issue tree removal and relocation permits to the Cenro, and in filing the instant motion for reconsideration assailing the wisdom behind DAO 2018-16, is ultimately assailing the constitutionality of DAO 2018-16, which we however cannot countenance,” reads a portion of the statement. (WBS)