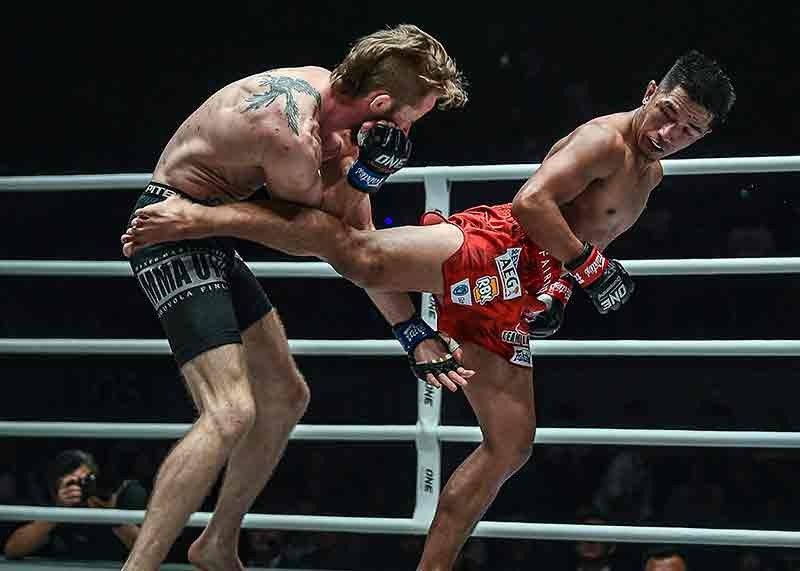 MANILA. Trademark. Geje Eustaquio connects with a spinning back against Toni Tauru in their flyweight contest. (ONE photo) 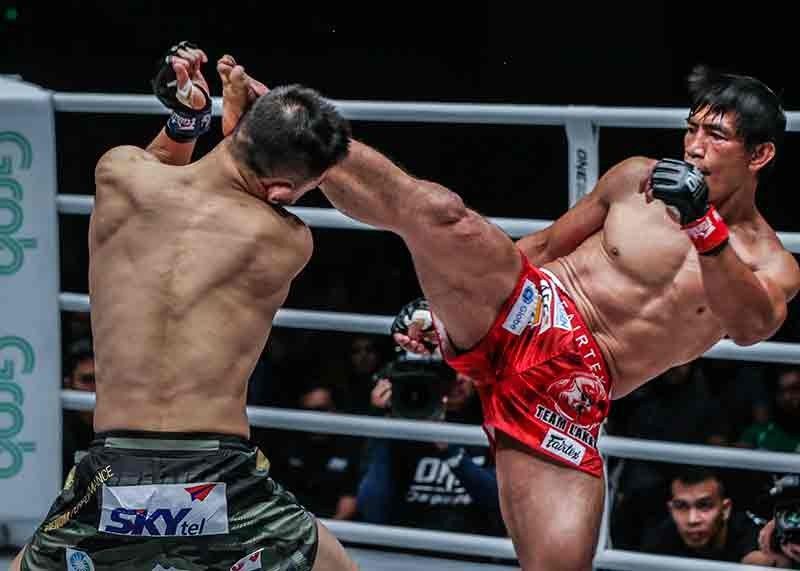 MANILA. Winning circle. Eduard Folayang connects to the body against Mongolia?s Amarsanaa Tsogookhuu in their lightweight duel. (ONE photo) 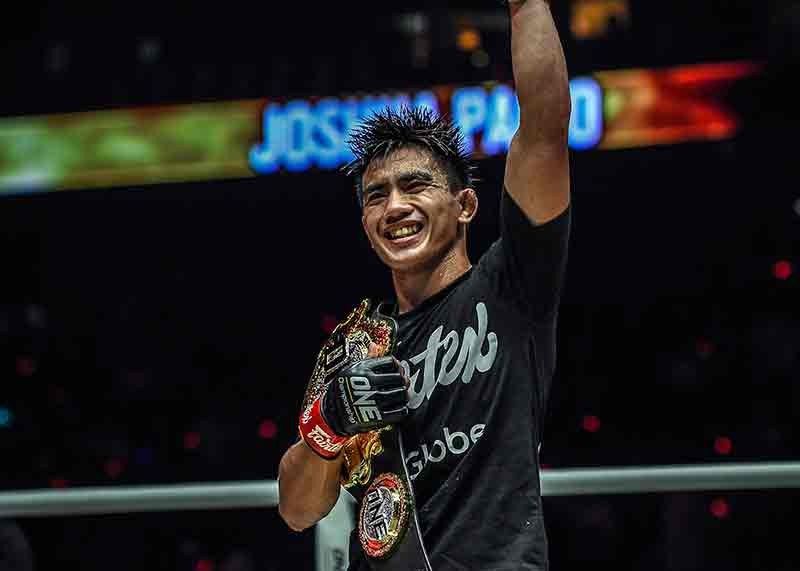 MANILA. And still. Joshua Pacio raises his hand after successfully defending the ONE strawweight world title Friday evening at the Mall of Asia Arena against Rene Catalan. (ONE photo)

AFTER sweeping their assignment Friday evening, November 8, in ONE: Masters of Fate at the Mall of Asia Arena, coach Mark Sangiao said Team Lakay will need to be consistent in their upcoming bouts next year.

"Consistency, isang weakness namin yan. So what we do is train again and focus on what needs to be done," said Sangiao.

Joshua Pacio capped another Team Lakay's dominating performance to retain the strawweight world title against a tough Rene Catalan in the main event.

"You're not a world champion until you defend it. Thankful I was able to defend it," said Pacio in a post-fight press conference.

Pacio meant business right from the start of the opening bell connecting with spinning back kick which landed cleanly on Catalan's midsection and swiftly followed that up with a beautiful takedown.

Catalan, operating off his back, reached for a heel hook while Pacio responded with a toehold but later on abandoned his submission and roll his way out of the hold.

The defending champion and his challenger then traded strikes in the second round with Catalan catching a body kick and tried taking Pacio to the canvas.

Pacio maintained his balance, threatened with a guillotine choke, and sprawled to the side of his smaller opponent while throwing a knee to his rival's head, cradled his leg, and forced him onto his back.

From side control Pacio reached for Catalan's neck and started to set up an arm-triangle choke and was forced to tap at the 2:29 mark of round two.

With the victory Pacio improved his professional record to 15-3 and remains unbeaten in the Philippines.

Geje Eustaquio and Eduard Folayang also pulled of contrasting victories to close out 2019 with a bang.

Eustaquio proved once again why he is the “Rematch King" after stopping Toni in the 2:11 mark of the third round with Team Lakay's spinning back kick.

Eustaquio, who lost to Tauru by first-round submission at ONE: Age of Domination in December 2016, was determined to redeem himself in his second outing against the man from Finland.

"To all Team Lakay bashers, what about that," Eustaquio said after his huge win against a taller Tauru.

Eustaquio added Team Lakay said they are continuously working on their ground and wrestling game as online bashers have been calling out the squad for its past losses due to their inability to cope up with some of their opponent's techniques.

Just as Folayang, a former ONE Lightweight World Champion, was influencing the tempo of the match, the Filipino and his opponent clashed heads in a wild exchange. The Team Lakay representative went to the canvas, where Tsogookhuu jumped on him for the finish.

Seeing the injury under Folayang's eye, referee Kemp Cheng jumped in and called for a time out to have the ringside physician assess the damage caused by the unintentional headbutt.

Under ONE Championship rules, if an athlete is injured and cannot continue, the bout will go to the judges' scorecards to determine a winner.

All three judges scored the duration of the bout in favor of the Philippines martial arts icon. The technical decision win improved his record to 22-8.

“The cut from Eduard needs to be stitched. But he is fine," added Sangiao. "Folayang was dominating. It was unfortunate there was a headbutt, he really wants to fight. It's up to one if there is a rematch."

"It's either we win or learn. We thank our bashers because they are one of our motivators telling us were we lack. And we are improving our ground, wrestling," added Sangiao in a post-fight conference. "We want to close 2019 with a win. Para maka bawi naman dun sa diretsong talo namin."