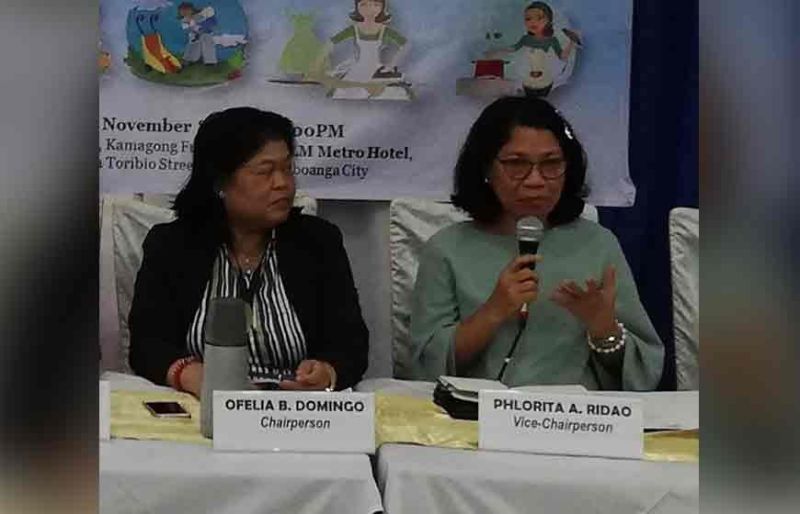 DOMESTIC workers, known as “kasambahays”, have received an early Christmas gift from the government.

RTWPB-9 Secretary Joel Ijirani announced that the wage order will take effect on November 22, 2019, 15 days after its publication in a newspaper of general circulation. The new wage order was published on November 7.

Ijirani said kasambahays working in cities and first class municipalities will receive a minimum monthly salary of P3,500 from the previous P2,500.

Those working in other towns will get P3,000 minimum salary a month from the previous P2,000.

Ijirani said the wage order shall apply to all kasambahays, whether on a live-in or live-out arrangement, such as, but not limited to:

general house help; baby-sitter; cook; gardener; laundry person; and, any person who regularly performs domestic work in one household on an occupational basis.

He said the service providers, family drivers, children under foster family arrangement, and any other person who performs work occasionally or sporadically and not on an occupational basis are not covered by the new wage order.

Meanwhile, he said that employers who pay monthly salary to their kasambahays higher than what is specified in the new wage order cannot use it as basis to reduce the existing wage rate.

Department of Labor and Employment Regional Director Ofelia Domingo who sits as RTWPB chairperson, said the board approved the new

wage order following the conduct of consultations and workshops attended by Kasambahays and other stakeholders in the region.

Domingo said it was the kasambahays who made the recommendations as to the amount in the increase of the minimum salary for their sector. (SunStar Zamboanga)