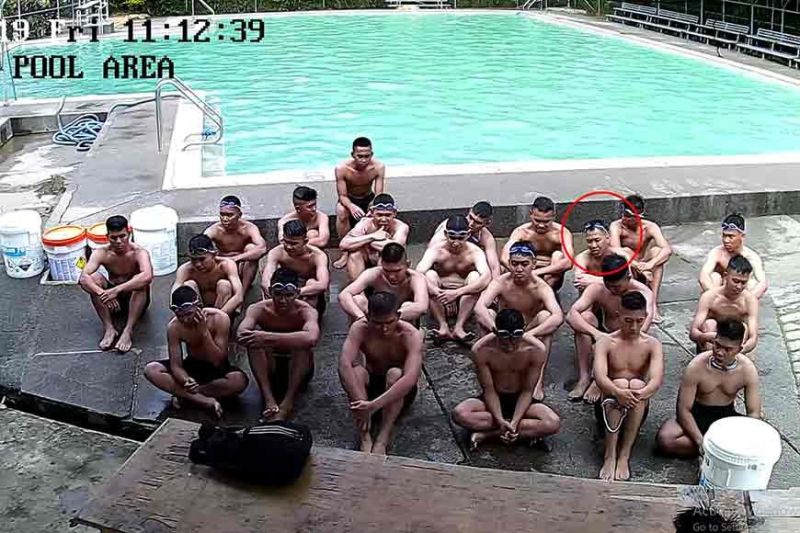 Telan Jr. of Alpha Company of the Cadet Corps of the Armed Forces of the Philippines was found in the 15-foot deep end of the pool after attending his swimming class from 11 a.m. to 12 noon Friday, November 8, 2019.

Captain Cheryl Tindog, PMA information officer, said a review of the closed circuit television (CCTV) footage revealed that there was no foul play.

She added it was clear on the CCTV footage that they were conducting practical swimming lessons. While other cadets were performing their examination, Telan jumped into the 15-foot deep pool without anyone noticing.

The PMA spokesperson added Superintendent Vice Admiral Allan Cusi ordered a thorough investigation and all swimming classes of the cadets are halted until such time that the incident has been properly addressed.

The marcher, or the person responsible for accounting for the class and informing them of schedule of calls for the day, and two instructors will be asked to explain and narrate the events that transpired before the death of Cadet Telan.

As of Saturday, November 9, 2019, the academy was still waiting for the autopsy result and the parallel probe being conducted by the Baguio City Police Office.

“All needed actions and protocols are being undertaken to deal with any infraction or irregularity,” Tindog said.

Tindog added all swimming classes of the cadets are temporarily halted until such time that the incident has been properly addressed.

PMA, added Tindog, will extend all necessary assistance to the bereaved family and loved ones of the late cadet.

Talen Jr. was the third cadet who died in the academy this year.

On October 28, Cadet Second Class Cedrick Gadia, 23, from Candon, Ilocos Sur lost his battle with cancer at the Armed Forces of the Philippines Medical Center.