UP scientist pushes for Department of Disaster Resilience 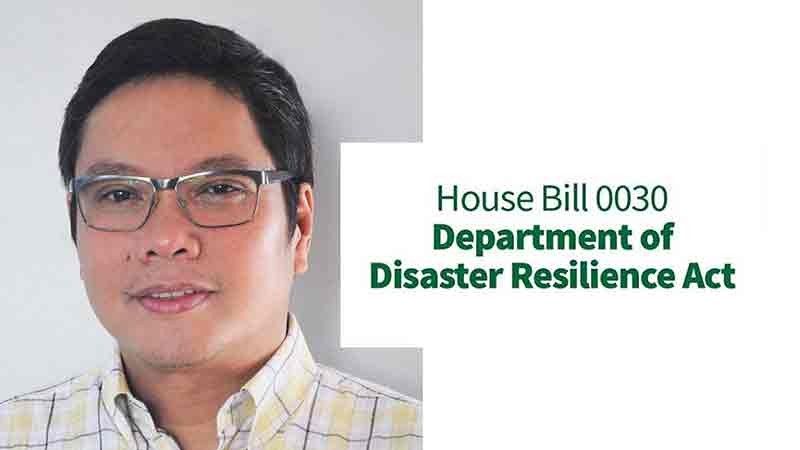 DAVAO. Professor Mahar Lagmay, executive director of the University of the Philippines Resilience Institute, said it is now imperative to create the Department of Disaster Resilience (DDR). (Contributed Photo)

A DISASTER scientist is pushing for the swift passage of a bill creating the Department of Disaster Resilience (DDR), a government agency that would specifically deal with disasters and other calamities in the country.

Professor Mahar Lagmay, executive director of the University of the Philippines Resilience Institute, in an interview with Sun Star Davao’s Weekly Newsbits on Friday, November 8, said it is high time to finally create the Department of Disaster Resilience to reduce potential risks and improve the country’s preparedness in times of disaster.

Lagmay made the statement in the wake of the devastating earthquakes that rocked Mindanao in October. The quakes destroyed properties, displaced thousands of families, and claimed over 20 lives.

“Dapat magkaroon na ng isang departamento (There should be one executive department) that its only command is to focus on disaster preparedness and management. This agency should be responsible and accountable in dealing calamities that will hit the country,” he said.

President Rodrigo Duterte has also pushed for the passage of the bill creating the DDR.

The country currently has a National Disaster Risk Reduction and Management Council, composed of several interacting agencies, sharing the responsibility for disaster risk reduction and management and overseeing the national system. No single entity is in charge.

Lagmay said that of the bills he reviewed, Albay Representative Joey Salceda’s version is so far the most comprehensive.

“His version addresses the People-Centered Emergency Warning System. But, actually all other versions are also good, maybe a consolidated version will be better. For as long as it will also focus on probabilistic risk assessment, anticipatory planning, and open data,” he said.

The same bill was approved by the House of Representatives on third and final reading in the 17th Congress, but Senate failed to pass it due to lack of time. Salceda refiled the bill in the 18th Congress.

Dumper PTDA Party-list Representative Claudine Diana Bautista, in a separate interview, said she fully supports the creation of the agency saying it will equip the Philippines to be more disaster resilient. Bautista has co-sponsored Salceda’s bill.

“Considering that there’s a lot of natural disasters in our country, not only we are within the Pacific Ring of Fire but also we are typhoon-prone, tsunami-prone, so there is a reason for us to create this for us to be better prepared and equipped in terms of dealing with calamities. With this, we can minimize the impact of these calamities,” she said.

The Philippines is one of the most disaster-prone countries in the world, regularly suffering from typhoons, earthquakes, and volcanic eruptions. The country also occasionally deals with epidemics, El Niño, and La Niña, as well as flooding.