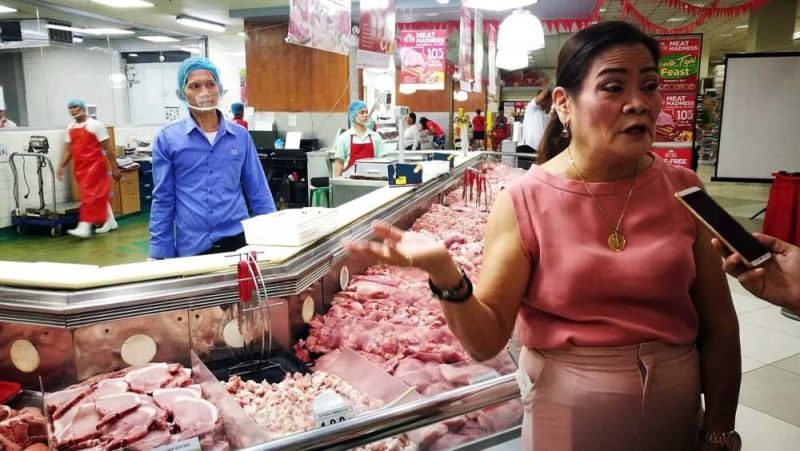 METRO Retail Stores Group, the biggest supermarket operator in Cebu, has reported that demand for pork products has dipped by as much as 25 percent since September due to the African swine fever (ASF) scare.

“We want to tell our consumers that Cebu is ASF-free,” Jennifer Nardo, division merchandise manager at Metro Retail, said in an interview Saturday, Nov. 9, 2019, during a boodle fight feast at the meat section of the retailer’s Pacific Mall supermarket in Mandaue City.

The activity was aimed at encouraging shoppers that there’s no reason to fear pork items as Cebu remains isolated from the swine fever.

“The decrease in demand has been significant at 20 to 25 percent,” Nardo told SunStar Cebu, noting they will have to wait and see whether demand for pork will suddenly increase as the Christmas holiday peak nears.

Jaime Ydemni, the company’s merchandise manager for meat and poultry, also cited that demand for processed pork products, such as ham and bacon, has likewise decreased by as much as 20 percent.

He said about 90 percent of the pork requirements of Metro’s Cebu-based stores are sourced within the province.

Greenhills Farms Inc., which operates a hog farm in Danao City, is its biggest supplier in Cebu.

The Gaisano-led retailer also gets its pork needs from a supplier based in General Santos City.

Ydemni said their suppliers are certified by government meat regulators ensuring their hogs are healthy and are free from the ASF.

Ydemni also noted that Metro supermarkets have since offered a 10-percent discount on all pork products just to lure consumers to buy them.

Metro Retail sources an average 50 to 60 hogs daily supplied to its grocery stores across Cebu Province.

While that figure usually picks up during the last quarter, it has remained the same until now because of the sluggish demand.

In fact, the company’s daily pork requirements for its Cebu stores on strong days historically would go up to as much as 80 hogs, he said.

Amid the slump in pork demand, he said buyers have shifted to chicken and beef recently.

“Demand for poultry and beef has increased by 10 percent,” he said.

Since the Cebu Provincial Government implemented an entry ban on pork products from Luzon, Metro Retail had recalled all its Luzon-sourced pork items from its store shelves.

“So what we have now are only processed meat items manufactured in Cebu. These are enough to meet the demand,” he said.

Some of the major Cebu-based meat processors include Virginia Foods, Sunpride and King’s.