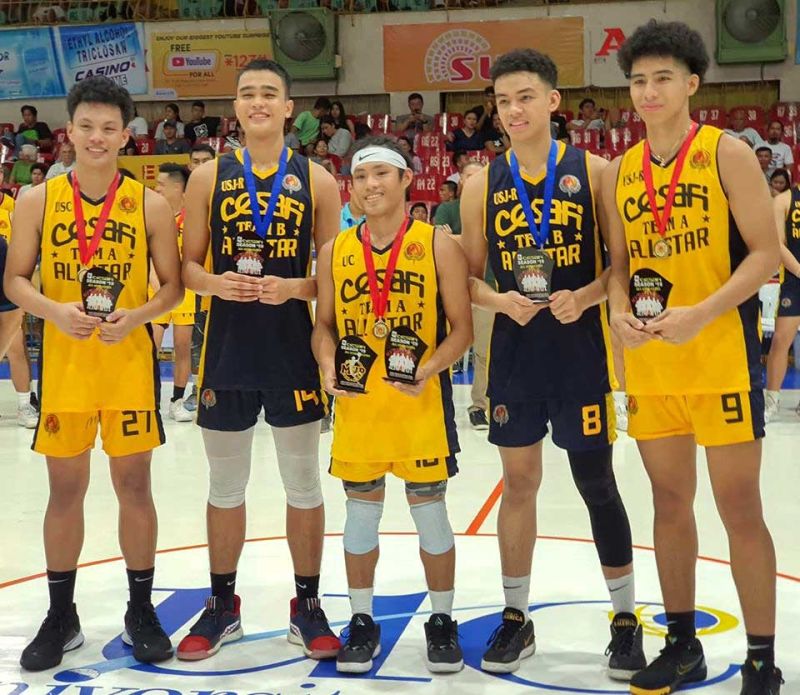 BEST OF THE BEST. Kyle Niño Ochavo (center) was named the MVP and also made the Mythical Five. (SUNSTAR FOTO / ARNI ACLAO)

TEAM A exploded in the fourth quarter to defeat Team B, 102-83, in the Cebu Schools Athletic Foundation Inc. (Cesafi) high school All-Star Game at the Cebu Coliseum on Sunday, Nov. 10, 2019.

Team A turned the final quarter to a scoring party as it scored 35 points to buck a slow start in the first half.

Kylie Niño Ochavo of the University of Southern Philippines Foundation was named the game’s Most Valuable Player after leading Team A with his 18 points, 10 of which were scored in the final frame.

Ochavo converted three consecutive layups to put Team A ahead, 81-73, midway in the fourth quarter. Kevin Guibao scored from beyond the arc followed by Ochavo’s two-pointer and Team A totally broke away with a commanding 15-point edge with about four minutes to play.

Team B actually led Team A at halftime, 48-39, but Team A managed to trim down the deficit to a point, 68-67, at the end of the third quarter. Team A totally dominated the final quarter as it limited Team B to 15 points.