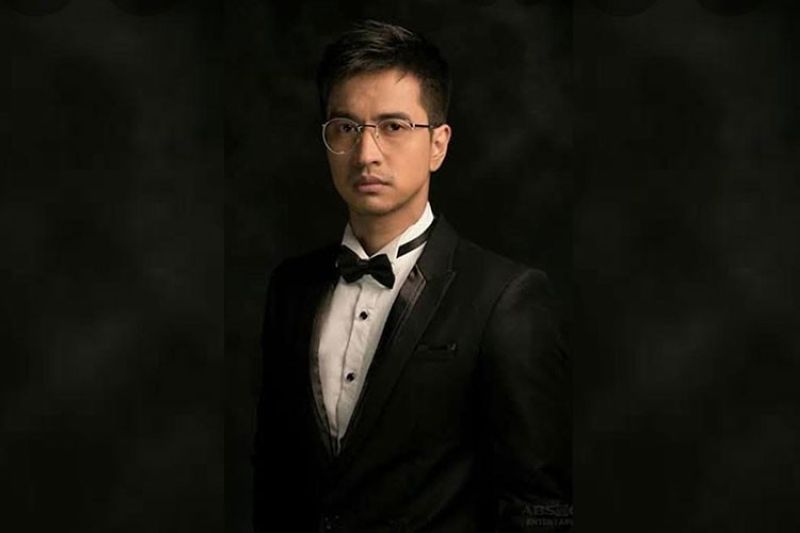 But to this day, RK (Ramon Khino) is still being called “mayor,” especially when he graces out-of-town fiestas. It is a clear testament to his unforgettable portrayal of a cruel and weirdo mayor that made life hell for the lead character Ivy Aguas/Lily Cruz played with aplomb by Maja Salvador, who won Best Actress in the recent Asian TV Contents Award in Busan, South Korea.

“Tito Pip (Wildflower co-star Tirso Cruz III) told me ‘if people call you by your character even after a series has ended, it means you did a good job and that you made an impact,” RK shared. “Tito Pip said when you disappear in the character you portray, that’s a good sign.”

Since Wildflower wrapped up in February 2018 and made RK a Star Magic artist, “he managed to rise among the ranks of the most intensely versatile leading men in the network these days,” according to Star Magic.

He took on lead roles in two episodes of Maalaala Mo Kaya, and a major part in Precious Hearts Romances Presents: Araw Gabi before being offered the main character Michael Villaluna in the top-rated morning drama series “Nang Ngumiti Ang Langit,” which ran from March to October 2019. His Michael is a protective and loving father to Mikmik, the lead child character essayed by Sophia Reola, this year’s PMPC Star Awards for TV Best Child Performer.

RK did not disappoint with his absorbing performance as Michael and held his own against acting veterans Pilar Pilapil, Dante Rivero, Matet de Leon, Ces Quesada, Keempee de Leon, Cristine Reyes and Shaina Magdayao. He credited the “Wildflower” for prepping him for the big time by pitting him against the likes of Tirso, Maja, Aiko Melendez, Sunshine Cruz, Christian Vasquez and Wendell Ramos, among others.

"When we started Wildflower, I kept asking myself, 'kaya ko ba ito?'" he recalled. "I can't believe it I was acting with Tito Pip, Ms. Aiko Melendez, Maja. It's like I had no choice but to give my all or else..." And it paid off. The role helped RK scoop up two best actor and one best supporting actor trophies.

Apart from his good work attitude, discipline and versatility as an actor, RK’s rise to a full-fledged leading man may also be due to his generic looks -- albeit with gravitas and charisma -- that can mirror any ordinary Pinoy male species. Blurring the line between the matinee idol and character actor, he could pass for a doctor, teacher, lawyer, priest, police, murderer, sex worker or surfer -- the last two he actually relived in the recent sexy flick Cuddle Weather (opposite Sue Ramirez), which was an entry to the 2019 Pista ng Pelikulang Pilipino; and in last year’s “Surfboard” episode of Maalaala Mo Kaya, playing the famous one-armed surfer Harry Marzan (with multi-awarded thespian Gina Pareno).

Up next for RK is another lead role in the romantic Regal movie “Us Again” with Jane Oneiza as co-star, and a new drama series, both for 2020.

The 31-year-old Tondo-born actor and model credits his kuya, the equally versatile Raymond Bagatsing, for inspiring him to chase his dream, keep a positive mindset and not give up amid numerous rejections from auditions.

"I experienced depression that I almost gave up pursuing acting," RK confessed. "I began doubting myself if this was really for me. I'm just thankful my brother was there when I needed him most. The whole family was very supportive as well."

His sister, former Star Circle artist Monina Bagatsing, now settled in San Francisco, California, was also an inspiration, said RK, who once played for the University of the East’s Red Warriors basketball team back in college.

“I always joined kuya in his tapings when I was younger,” disclosed RK, who is a grandson of the late Ramon Bagatsing, Manila’s longest-serving mayor (five terms, 1971 to 1986). “I lived with my kuya for a while and that’s how it all started. That's how my kuya inspired and motivated me to keep going if I really wanted to be an actor."

His perseverance paid off when he began landing roles on TV commercials that led to an acting break in the 2012 Cinema One Originals indie comedy Slumber Party. Cast as one of three gay men (with Archie Alemania and Markki Stroem) on a crazy sleepover vigil to watch the Miss Universe Pageant, RK got nominated in the Breakthrough Performance and New Male Star categories.

Another indie, Apocalypse Child (for 2015 QCinema International Film Festival), filmed in Baler, Aurora, and honored here and abroad, gave RK a Gawad Urian and Film Academy of the Philippines Best Supporting Actor nominations and paved the way for his coveted part in Wildflower.

Prior to Wildflower, he was also in the supporting cast of the daytime drama series “Be My Lady” starring Erich Gonzales and Daniel Matsunaga, and some stints in the weekly legal drama “Ipaglaban Mo.”

So when did he realize he has made it?

“When people started asking me for video greet and fan sign,” he laughed heartily. “I won’t deny I became more familiar to televiewers because of Maja Salvador’s popularity. ‘Lakas ng hatak niya. And since I had so many scenes with Maja, that’s when the followers of Mayor Arnaldo grew. Despite his evil character, fans enjoyed his team up with Ivy Aguas.”

With many blessings pouring down on him, RK said he is just grateful and tries to relish every single moment of his red-hot career.

“I am making the most out of it because this profession is not forever,” he said. “I just keep myself aware that everything has an expiration and I use it as a motivation to give my all as an actor.”

To further hone his craft, RK studies the filmography of his fave English actors such as Tom Hardy and Benedict Cumberbatch, and attends workshops, among other things, to master the art of being sexy without showing skin.

“Sex sells, yes, but you have to trust that you can also sell yourself without taking off your clothes all the time,” he emphasized with some seriousness. “It’s a plus that you have this (he points to his abs), it’s a bonus. There are so many successful actors that don’t need to shed off their clothes.”

“But for now, I don’t mind taking my shirt off,” he added with a laugh.

As part of his showbiz journey, RK said he regularly seeks spiritual guidance to keep him on the right path and his feet on the ground.

Everything he does is for his family, he said, adding that he may not be a breadwinner, but he takes care of his parents, now both retired -- character actor Ramon “Boy” Bagatsing Jr. and actress Marilou San Diego.

“Every time I wake up in the morning, I just say a simple thank you to God,” RK confided. “I don’t always go to church, but wherever I go I always feel His omnipresence.”

Besides his family, RK also draws inspiration from a girl he is currently dating, a young and pretty medical doctor who also comes from a respectable family like him.

This writer was able to meet the lovely senorita in an out-of-town vacation. But RK declined to talk about her, or pose for a photo with her for publication. He simply asked that his love life be kept under wraps.

“She’s a non showbiz, a very private person, and let’s just leave it at that,” RK begged politely with a smile.