Uwe-Jens Schumann leaves behind a legacy in Negros 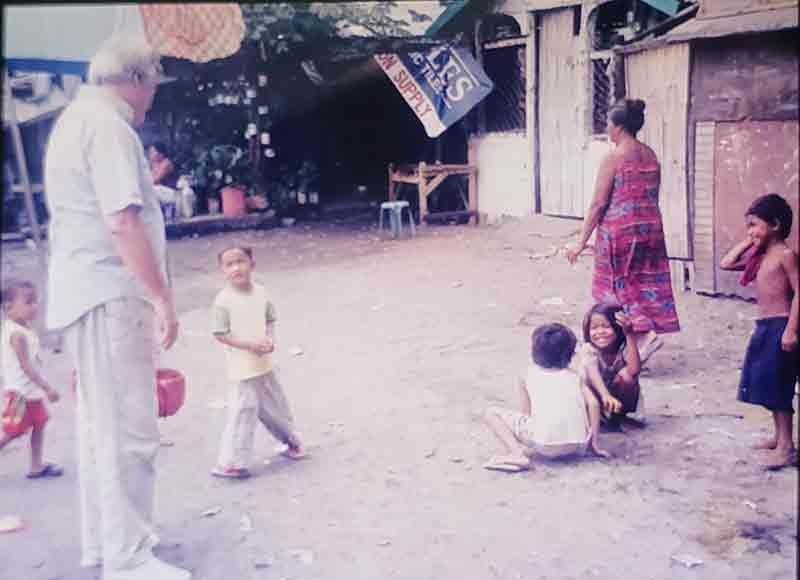 BACOLOD. He also played with the kids. 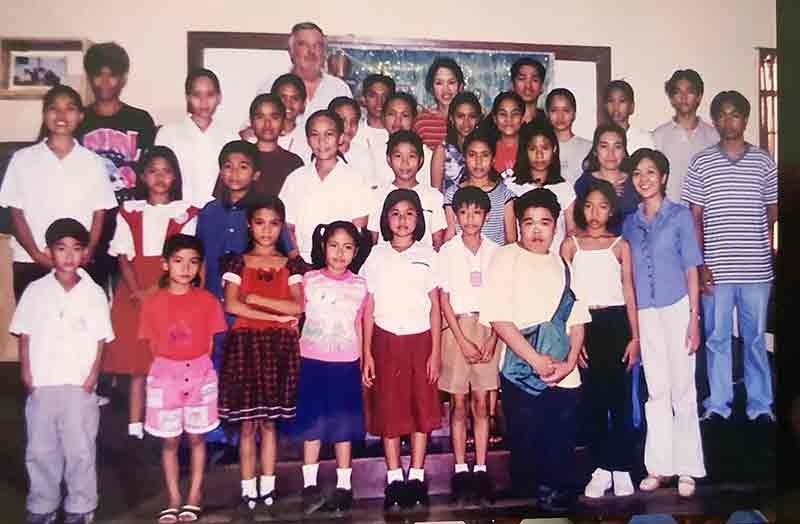 us time with the children and individuals who were recipients of his selfless acts. 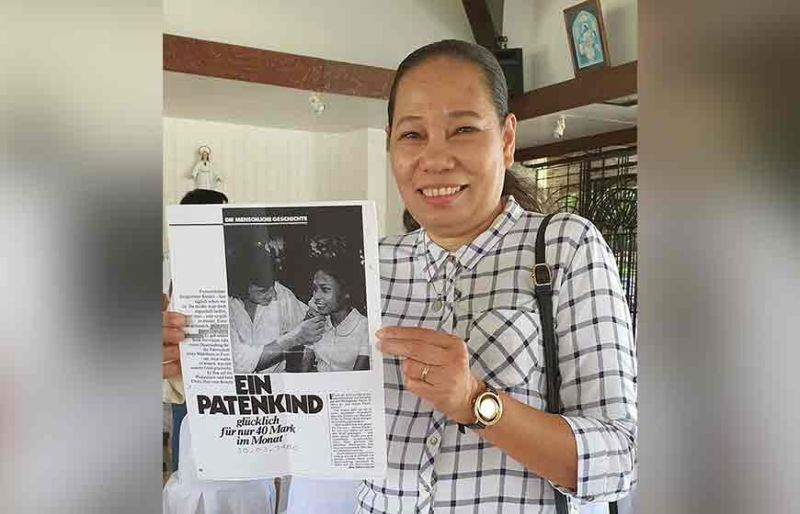 BACOLOD. Elvira Dela Cruz Suarez shows a write-up of her benefactor Uwe-Jens Schumann that changed her life for the better. She will be forever grateful to him for providing her the educational assistance from High School to College. 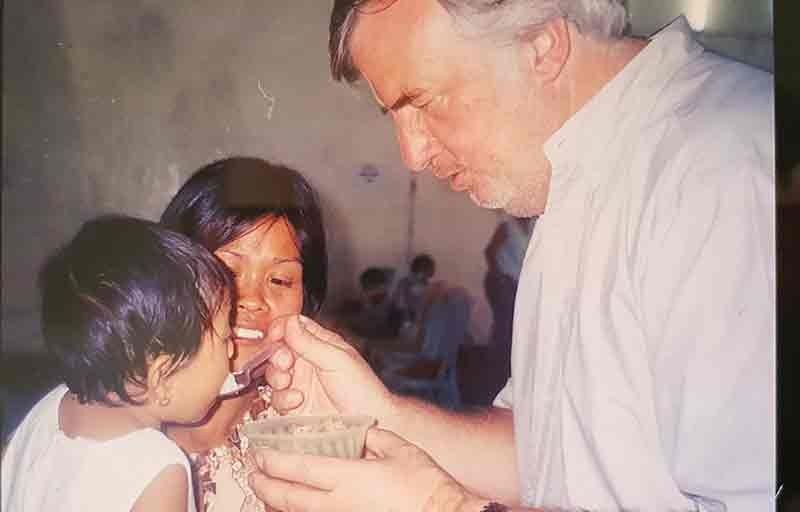 BACOLOD. Uwe-Jens Schumann feeds a child during his stay in the province. 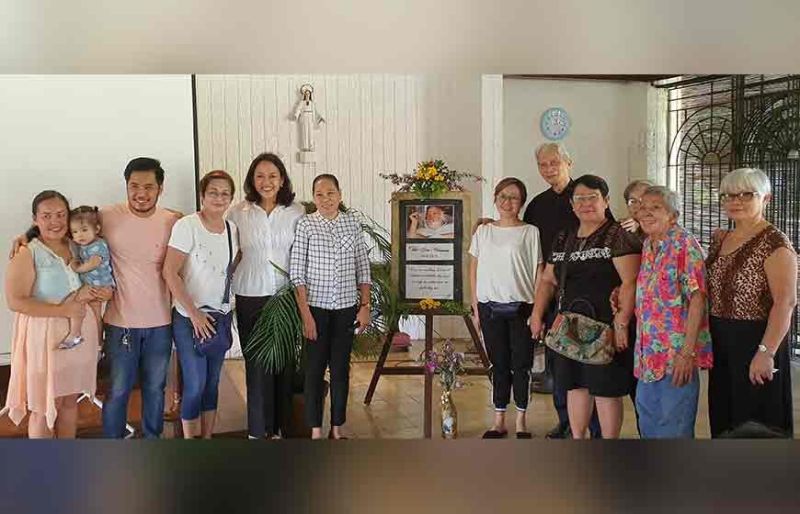 BACOLOD. His partners in his charitable works are forever grateful to him. 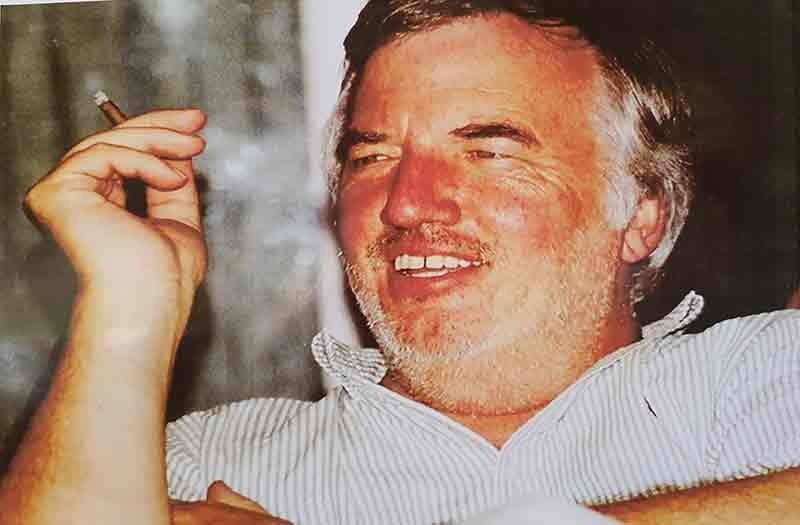 BACOLOD. They paid tribute to Uwe-Jens Schumann at Villavalderrama Chapel on Sunday, November 10.

A GERMAN philanthropist, journalist, author and photographer based in Munich, Germany once shared his love and inspiration to innumerable Negrenses whom he selflessly supported along with other German-based charitable organizations.

The magnanimous works of Uwe-Jens Schumann started sometime in the late 1970s when Negros Occidental was wracked by famine while under severe economic depression.

Way back then, Schumann was sending contributions of 40 Deutsche Marks monthly for the sponsorship of a child named Elvira.

She was among the 100 poor children being helped by the German Missionary Benedictine nuns namely Sr. Irmengardis Kuhn, OSB and Sr. Maria Felix Thumbach, OSB of the Holy Family Vocational High School in Sum-ag.

In November 1979, he decided to pay the child a visit to see if the 40 Deutsche Marks he regularly sent did get to her.

Schumann joined the two nuns in their outreach missions in Sto. Niño and other depressed areas, including the fully-packed Children's Malnutrition Ward at the Provincial Hospital. He came to witness the unbearable living conditions of children and knew he had to do something.

It was during this time that he was moved into action -- one that would change his life and the lives of thousands of poor children living in misery and poverty in the slums of Bacolod City and Negros Occidental even until this day.

Back in Munich, he published his photos of the children and their plight in Hörzu, a television magazine widely circulated in Germany.

Schumann wrote: "As the plane was leaving the Bacolod airport, I had thought: "Damn it, help the children!"

These words met an overwhelming response from the readers of Hörzu, starting a unique relief effort supporting the charitable works of the missionary sisters Sr. Irmengardis and Sr. Ma. Felix.

About 3,600 Hörzu readers took over sponsorships, so much so that from 100 children being helped, the number grew to over 2000. Schumann also knew he had to help Bacolod in the long term.

Together with Bruno Haas, his friend and a lawyer, he founded the association Bacolod Patenkinder e.V.

Since 1979, more than 15,000 children have been helped and more than 10 million Euros have been poured into Bacolod City.

The work that began as a relief aid for children led these same children and their families to build better lives for themselves. With hope in their hearts, the children pushed forward and broke free from the shackles of poverty.

Many became successful beyond their dreams, achieving incredible things, and paying it forward. Among them is Elvira who, at 55, is head of the Credit and Collection Department of The Doctors' Hospital in Bacolod City.

She is happily married to a car mechanic, with whom she has a daughter who works at an insurance company in Dubai and loves to travel. They own and operate a lucrative jeepney franchise.

The work that began 40 years ago with Bacolod Patenkinder e.V. continues today through its partner foundation in Bacolod, Bacpat Youth Development Foundation, and Welcome Home Foundation for the Deaf and Antonie Day Care Center -- the two projects initiated by the late Mrs. Salvacion V. Tinsay who was Schumann's close friend and collaborator.

In 2003, Schumann and Haas were both awarded with a "Certificate of Appreciation" by the City of Bacolod handed over in a ceremony led by then Bacolod City Mayor Joy Valdez.

Haas, who has been serving as president of Bacolod Patenkinder e.V. for over 30 years, was honored as a Signum Lasallianum Awardee of the University of St. La Salle-Bacolod in 2012.

Bacolod's children has always been very special to Schumann, and "having followed this path makes me very happy," he once said.

He had been to Bacolod 16 times in the past 40 years. "Again and again, I experience moments that I will never forget, such as when a mother first talked to her 5-year-old deaf son when they both learned sign language at our Deaf Education Center. Emotional moments like this inspire me." (Source: HÖRZU No. 51 from 11.12.2009 page 18-19)

Schumann also believed that "children are children, they need our help no matter where on earth they live."

When super typhoon Yolanda devastated parts of the Philippines in 2013, he once again rallied his friends to send aid. Food and donations were coursed through Bacpat and just before Christmas in 2013, it led a mission team called "Bantayan 3500."

Bacpat brought relief aid, school packs and Yuletide cheer to 3,500 schoolchildren in the seven remote islands of Bantayan Island, one of the worst hit areas of the typhoon.

In February 2014, Schumann's son Tom, his wife Annette and their 4-year old daughter Somi, joined another relief operation for 400 schoolchildren in the underserved town of Carles, Iloilo which was also badly hit.

Schumann passed away on October 28, 2019. He is survived by his wife Isolde, children and grandchildren; filmmaker Tom and Annette, Somi and Tito; journalist Sven and Sara, Elliot and Otis; and chef Lilian, who the Schumanns adopted from Bacolod City in 1986 when she was only a few weeks old. He was 75.

A tribute was held on Sunday, November 10, by his scholars, beneficiaries and those whom he had helped before at the Chapel of Villavalderamma Subdivision in Mandalagan, Bacolod City.

Agnes Jalandoni, President and CEO of Welcome Home Foundation and daughter of Tinsay, shared that the German philanthropist has a heart for the impoverished children of Negros whom he once visited in a Malnutrition ward of a state-run hospital currently known as the Corazon Locsin Montelibano Memorial Regional Hospital.

"It was my mom and Mr. Schumann who knew each other before and collaborated in extending their philanthropic mission to the impoverished children of Negros by providing them of their needs. And likewise sending a community of the deaf and mute and blind individuals to get the needed education. Those who were the recipients of his selfless works, we are truly grateful to Mr. Schumann and his collaborators," Jalandoni said.