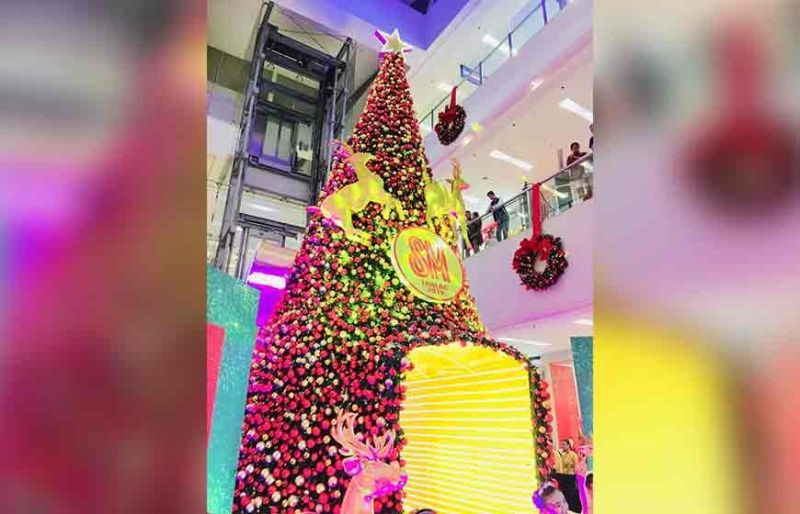 PAMPANGA. With the theme "Christmas Herd," SM City Tarlac's centerpiece of superworld of lights and magic is indeed a wonderful ride on the sleigh of merriment. With a height of 32 feet filled with gold reindeers and their sleigh, it is not only an extravagant display and blissful experience. (Contributed photo)

CITY OF SAN FERNANDO -- A shopping mall in Tarlac City unveiled a grand Christmas herd to mark the start of the most wonderful time of the year.

SM City Tarlac (SMCT) unveiled a its Christmas herd-themed centerpiece on Sunday, November 10, through a ceremonial lighting, which signals the #SparklingSMallidays at the mall.

The 32 feet centerpiece is surrounded with sparkling gold reindeers, Christmas ornaments, gift accents. It also features a tunnel of lights in the middle where shoppers may take instagrammable shots.

During the unveiling of the centerpiece, the Little Steps Ballet School Dancers set the mood and gave a total celebratory atmosphere for the evening's sparkling celebration.

Santa Claus, who is said to bring gifts to the homes of well-behaved children on Christmas Eve and the early morning hours of Christmas Day, made an appearance during the Christmas Launch.

Along with Santa Claus to make the celebration even more exciting are special guests Reese Tayag, a beauty vlogger, YouTuber and social media influencer, together with the rest of RFAM Ryan and Rance Regua.

Meanwhile, Cesar Bondoc, SM Supermalls Regional Operations manager of North 3, encouraged shoppers to share their blessing by purchasing SM Bears of Joy where they could keep one and the other to be donated to the mall's chosen charity.

There was also an extravagant lightshow that majestically lit up the sky at 8PM at the East Parking Drive of SMCT.