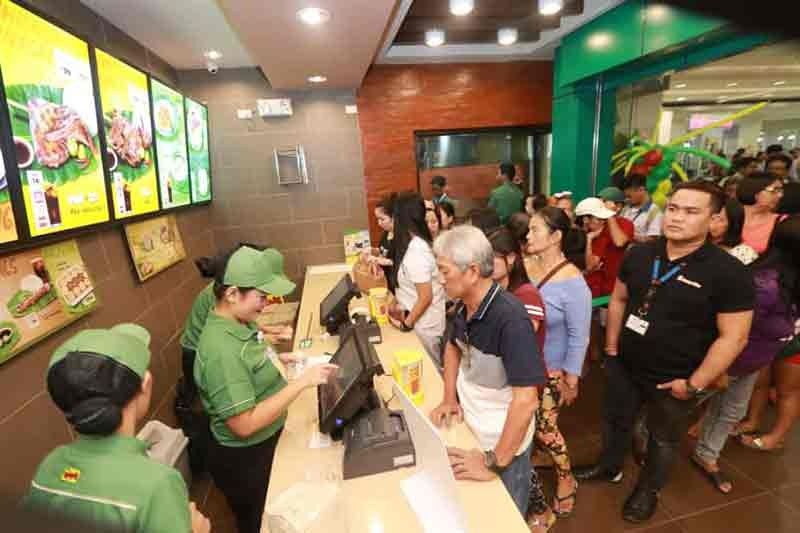 PAMPANGA. Hundreds cue for their orders during the reopening of Mang Inasal at SM City San Fernando Downtown on Monday. (Chris Navarro)

Mang Inasal is known for its big barbecue chicken and unlimited rice.

Medina said it is her first branch at SM Supermalls. She has two other stores, one in Nepo Mall Angeles and the other in Mabalacat City proper.

She said her other stores are "doing well," which could have been the reason why she was chosen to take over the SMSFD branch.

SMSFD mall manager Lana Erroba said they are happy to that Mang Inasal has reopened its doors to the public.

Erroba said the store, which was earlier owned by a corporation, underwent renovation for two months.