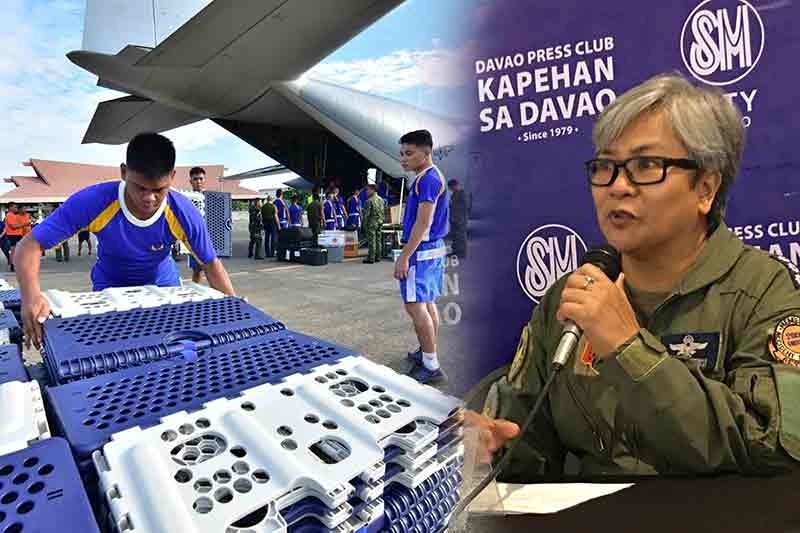 THE Philippine Air Force's Tactical Operations Wing Eastern Mindanao (PAF Toweastmin) said it is ready to respond to any request coming from a local government unit to airlift quake-affected residents in remote areas.

Toweastmin wing commander Colonel Sharon G. Gernale, during the Kapehan sa Dabaw on Monday, November 11, at The Annex of SM City Davao, said they have stand-by air assets at their headquarters ready to be deployed whenever needed. They just have to coordinate with the Eastern Mindanao Command (Eastmincom).

It can be recalled that a rescue operation was conducted by PAF on November 3 using the Huey helicopter belonging to the 505th Search and Rescue Group where they airlifted at least 16 villagers, including an elderly and minors in Makilala. These individuals were trapped and isolated since the strong earthquake last October 29.

Some of the challenges they encountered while doing the rescue and relief operations were the weather and the terrain of the affected areas.

Even the back-up helicopter of the president was lent to the Air Force to help in evacuation as it can airlift three individuals including a patient with a high-risk condition, medical doctor, and a nurse.

They are also evaluating the runway in M'lang, North Cotabato to expedite the delivery of the donations instead of dropping it in Davao City, which is hours away from the affected area.