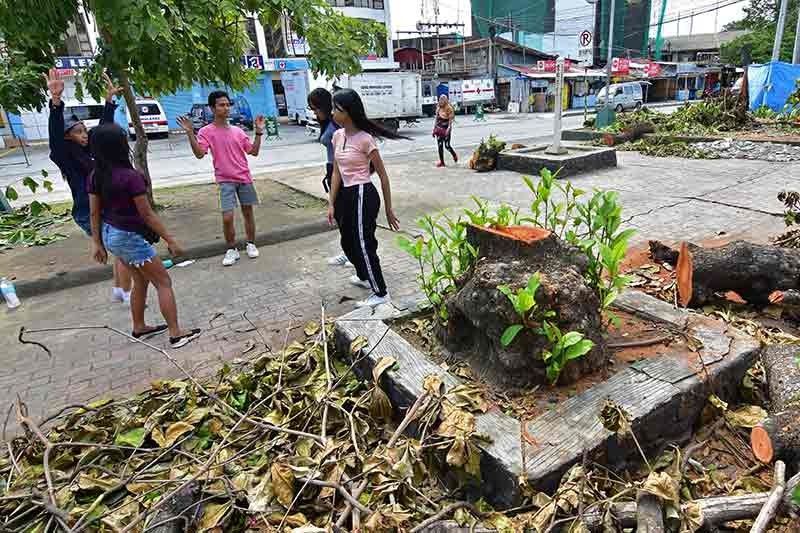 AN ENVIRONMENTAL group wants the Davao City Government to push for an ordinance to preserve heritage trees following the recent chopping of the trees at Clifford Park along Roxas Avenue.

Interfacing Development Interventions for Sustainability (Idis) executive director Chinkie Peliño-Golle said the group had long been lobbying for a "Heritage Tree Ordinance," wherein the city will be doing an inventory of all existing old trees in the urban areas and preserve it.

Idis previously criticized the chopping off of the decade-old trees of the park to give way for its rehabilitation. The trees were allegedly cut down without proper consultation.

Duterte-Carpio, in a previous report, admitted that she approved the design for the rehabilitation of the park but it was not her intention to have the trees at the park cut down.

Idis founder Arnold Vandenbroeck said in a forwarded statement that the group appreciated the mayor's recognition of the mistake.

Meanwhile, Peliño-Golle said the City must craft a policy in preserving these trees, especially that continuous effects brought about climate change call for it.

After the inventory, she said it would be determined how long the tree has existed, and if it is suitable in the urban area.

She said not all trees are suitable in city streets. She added the inventory would determine the number of trees to be placed in a certain portion of the city.

She also said their proposed ordinance would also focus on propagating more trees in the urban areas, which the group had long been lobbying since President Rodrigo Duterte was then the Davao City mayor.

Meanwhile, she said despite the incident, the group is happy that many Dabawenyos stood up and voiced out their opposition to the cutting of these trees.

"It is a good indication that there is high awareness from the people," Peliño-Golle said.

"If we will be proposing for a policy to protect our remaining greeneries in the urban areas, we are positive that the legislators will notice our call, because the LGU (local government unit) had heard that people were disappointment with this because they gave highly importance of having more trees in the urban areas," Peliño-Golle said.

She added that the public consensus would be the basis of the City Council to craft and pass an ordinance that would preserve the remaining existing trees in the city.

Councilor Pilar Braga recently filed a resolution, calling for the project implementors to explain the reason behind the cutting of the trees.

Braga said the implementor could have opted earth balling or transplanting the tree from one area to another, without chopping the trees off.

Meanwhile, Vandenbroeck said there should be formal announcements when there are plans for upgrading or changing a public urban space.

He said formal announcements should be coursed through media and public channels and indicate the purpose of its rehabilitation.

"Announcements should be made way ahead of time. On the site itself there should be big placards or signboards, informing citizens about the plans," Vandenbroeck said.

"Announcements should include a sufficient time period and deadline and channel for citizens' feedback and comments. A system where citizens' active participation and feedback is solicited, will help enhance people's appreciation and care, once the area has been upgraded," Vandenbroeck added.