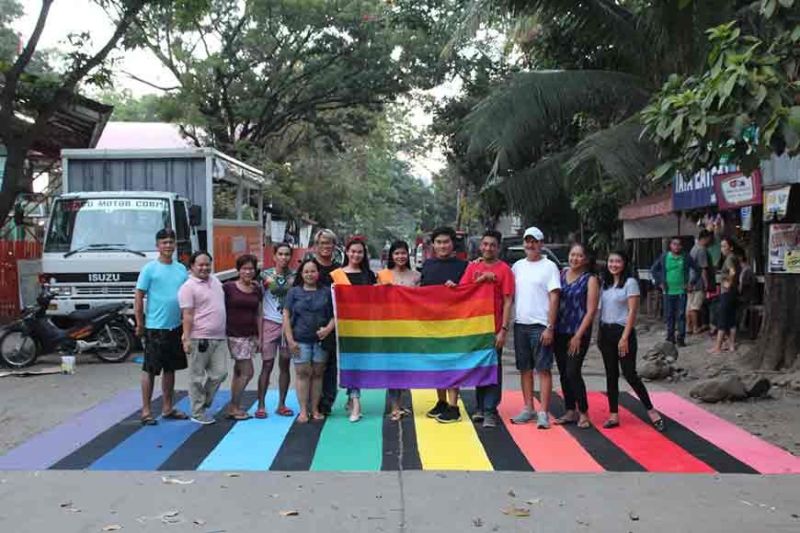 A CROSSWALK made up of rainbow hues in Barangay Nazareth, Cagayan de Oro City has gained mixed reactions from the public.

The Sangguniang Kabataan (SK) of Barangay Nazareth painted the road in front of the village hall with rainbow hues and dubbed it as the first LGBTQ+ (Lesbian, Gay, Bisexual, Transgender, Queer+) pedestrian lane in Cagayan de Oro "to show support and solidarity for the LGBT community."

But for many netizens, the road can be confusing for motorists and may cause accidents, while others pointed out that the paint is not up to the standards of the Department of Public Works and Highways (DPWH).

"I hope this could not lead to road accidents especially during wee hours. Hayst," Cyrill said in a comment.

Another netizen, a certain Mark, said: "Can you please respect the law of the state? This doesn't justify the means. Pedestrian lane was made for the purpose of safety and doesn't represent any form of expression. You can express it in other form. I hope authorities will get rid of it. That's why I don't like Sagguniang Kabataan. They're just wasting money because of lack of managerial skills."

DPWH-Northern Mindanao spokesperson Vinah Maghinay said while the pedestrian violates the DPWH standards, its office has no control over the barangay road.

Despite the criticisms, Nazareth village chief Maximo Rodriguez III said he will not repaint the crosswalk, pointing out that the initiative has not violated laws.

The rainbow crosswalk also has the permit from the Roads and Traffic Administration (RTA).

Rodriguez said the initiative is to show to the LGBT community in his barangay and nearby communities that they are welcome in the village.

"Ang mga bashers dili man taga Cagayan de Oro, dili taga-Nazareth unless taga-atoa, then we will consider their concerns. But I hope they can be open-minded although I understand dili pa gyud ingana ka open ta, pero ako, I accept them and make sure that they are welcome here," he said.

Rodriguez said the barangay only spent P2,000 for the paints, but members of the LGBT painted the crosswalk themselves.

Painting crosswalks with the rainbow hue has been observed in other local government units to show support to the LGBT community.

In Davao City, the DPWH ordered the repainting of the colorful crosswalk to the original white painted pedestrian lane. The DPWH-Davao said the rainbow crosswalk would endanger pedestrians.