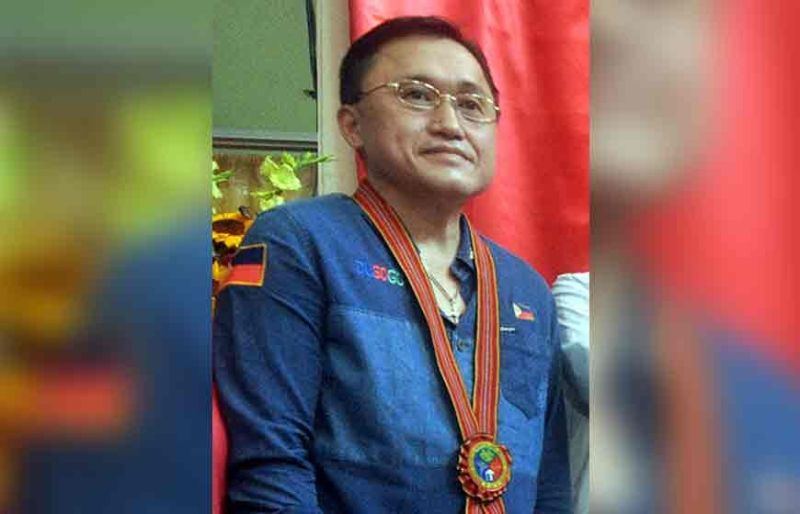 BAGUIO. Senator Lawrence Go during his recent visit in Baguio City said he filed a bill for the creation of Philippine High School for Sports. (Redjie Melvic Cawis)

FUTURE Cordilleran combative sports enthusiast may soon have the opportunity to train and study at the proposed Philippine High School for Sports bill by Senator Christopher Lawrence "Bong" Go.

Go, during his visit last week, expressed his intention to look into the possible inclusion of combative sports in the Philippine National High School for sports where Cordillerans excel.

"It is the PSC who is in-charge of that, and us, as legislators, we are the once who help to further their budget after being submitted to us but for me, we have filed a Senate Bill for the creation of a national high school for sports. For example, students and the youth here in the Cordillera who wants to train at the same time study, we will be establishing at the New Clark City of a high school effective 2021 where they can study and train at the same time and after high school, they can go to college to train and study," Go said.

Coordination between him and the Department of Education (DepEd), Philippine Sports Commission (PSC) and Bases Conversion and Development Authority (BCDA) have shown a positive response to the proposed bill.

Meanwhile, the legislator is also set to look into the plight of present athletes which may need medicines for their trainings, particularly Cordillerans that are in to combative sports.

"As committee on sports, as committee on health, we will be studying this. We will talk to the concerned government agencies like the Department of Health, Philippine Sports Commission to support our athletes specially the Cordillerans involved in combative sports especially for those needing medicines," Go added.