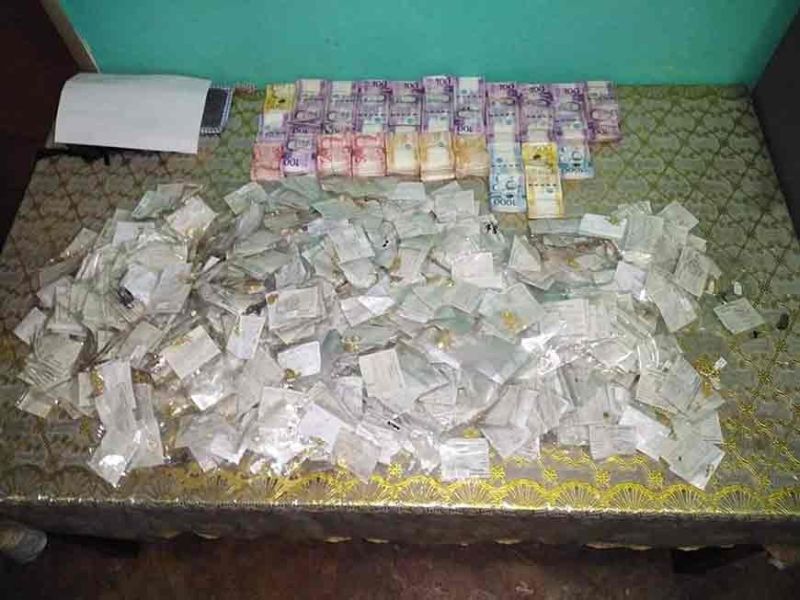 CAGAYAN DE ORO. Bundles of money and the P8 million worth of jewelry were recovered by police after they arrested John Paul Cruz, the suspect in the theft incident at Palawan Pawnshop-Carmen Branch. (Photo courtesy of Police Station 4)

POLICE filed on Monday, November 11, theft and malicious mischief against the suspect who carted away around P8 million worth of jewelry and P500,000 cash from Palawan Pawnshop in Carmen branch, Cagayan de Oro City.

The suspect, identified as John Paul Cruz, 26, a resident of Barangay Lumbia, was arrested on Sunday, November 10, barely 24 hours after the incident.

Investigators said Cruz was the former manager of the said branch from 2018 until September, before he was terminated for "money issues."

Police Senior Master Sergeant Jason Landar, Police Station 4 investigator, said Cruz is the only person who knows how to open the vault and the branch's alarm system, making him the only person of interest at the start of the investigation.

Landar said all stolen jewelries were recovered, however, only P319,300 was retrieved by police out of the P580,000.

He said Cruz allegedly gave three bundles of cash to a "habal-habal" motorcycle driver. He used the habal-habal as a getaway vehicle. Cruz, meanwhile, said he did not know the driver.

Cruz refused to give his comment to the media.