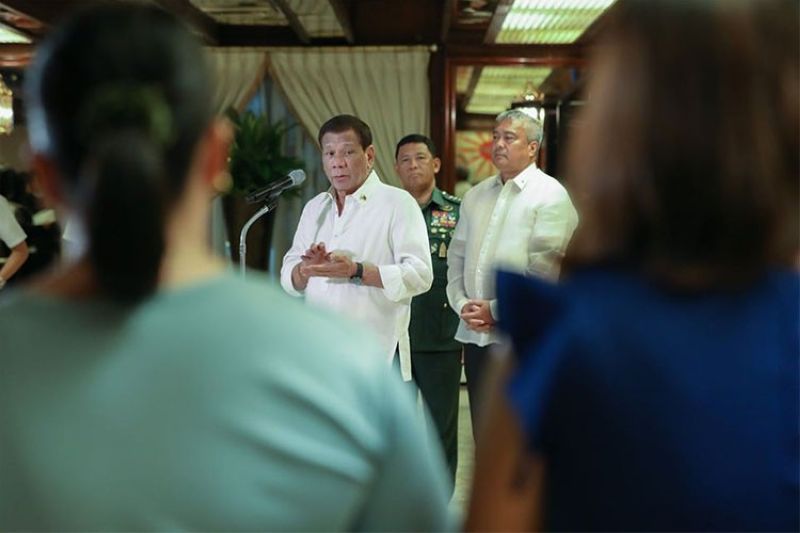 MALACAÑANG on Monday, November 11, backedtrack from its earlier statement that President Rodrigo Duterte will go on a three-day break from his “punishing” schedule.

In a statement, Presidential Spokesperson Salvador Panelo said the President now rejects the advice for him to take a rest for three days.

“The President has declined the suggestion of well meaning friends to have a rest for a few days,” he said.

This came hours after Panelo announced that the 74-year-old President will take a three-day break beginning Tuesday, November 12.

But the Palace official, in a press conference, said the President’s plan is “subject to change.”

In his latest remarks, Panelo said the Chief Executive will fly to Davao on Monday after visiting the wake of the late John Gokongwei Jr.

He said the President would “continue working” while he is at home.

“While the demands of pressing work that go along with the highest position of the land are unceasing, the people can rest assured that the President can keep up with the same and is in the best position to know how he can maintain to be on top of his health,” Panelo said. (NASE/SunStar Philippines)