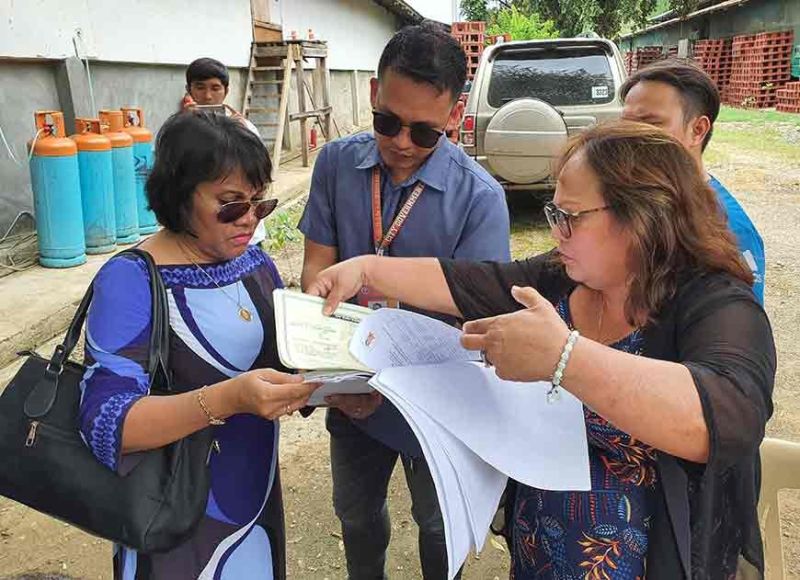 A POULTRY farm that is believed to be the cause of a fly infestation that has plagued two barangays in Toledo City has been operating without a business permit.

This was one of four findings a team formed by Mayor Joie Perales discovered during an inspection at Emil’s Poultry in Barangay Cambang-ug on Monday morning, Nov. 11, 2019.

“They found out that there was really no business permit issued (to the poultry farm)... The poultry farm, which is the Emil’s Poultry, raised the chicken broilers without the necessary mayor’s permit,” Perales said in an interview at the Provincial Capitol.

The team, which was composed of personnel of the City Health Office, City Assessor’s Office, City Engineering Office, City Veterinary Office, Public Information Office as well as employees and officials of Barangay Cambang-ug, discovered that the farm has been cleaned, “without any fowl or chicken in the area.”

The farm’s personnel were spraying chemicals in the vicinity when the team arrived.

“Caretaker informed the team that during harvest period, a swarm of flies went together with the hauling truck, which carried the chickens,” Perales said.

“The team suspected there was a failure on the part of the management to maintain the sanitary conditions of the tunnel vent and did not follow disinfection schedule to prevent maggots from multiplying and spreading,” she said.

The mayor will meet with members of the team Tuesday, Nov. 12, to discuss their findings.

“We will file sanctions against Emil’s Poultry... If we find more violations, I will issue a cease and desist order. The health of our constituents is much more important than the poultry farm,” Perales said in a mix of English and Cebuano.

The City Government will also inspect two more poultry farms to ensure that these have permits and follow strict sanitary procedures.

A team from the City Environment and Natural Resources Office (Cenro) inspected the poultry farm last Wednesday, Nov. 6, after the office received a complaint about the swarm of flies in the area. The team discovered that the poultry farm did not have a business permit and had committed lapses in sanitation.

The mayor clarified that she was not aware of the Cenro inspection since the complaint didn’t reach her office until last Sunday, Nov. 10.

SunStar Cebu also visited Emil’s Poultry on Monday, but it did not find any flies in the facility. It was told the flies had spread out in the barangay.

Resident Marilyn Villamor, 42, found the swarm of flies in her neighborhood disturbing. She said there were 10 times more flies when the chickens were harvested last month.

In the nearby elementary school, teachers complained that their students couldn’t concentrate since they were constantly driving away the flies.

According to Dr. Nelcy Gardon of the City Veterinary Office, she advised management to install a net with smaller holes in the vent to prevent flies from getting out.

Jerry Oberes, the poultry farm’s owner, presented documents to prove their operations are legal. He said safety and sanitary procedures are in place.

Oberes said he is willing to invite the City to be present during the next harvest to prove that the allegations against the poultry farm are unfounded.

“So far, Emil’s Poultry is considered closed since it doesn’t have a business permit. I will talk with my legal officer tomorrow to determine what penalty we will impose on management. Operating without a business permit is a big violation of the law,” Perales said in a mix of Cebuano and English. RTF, JCT