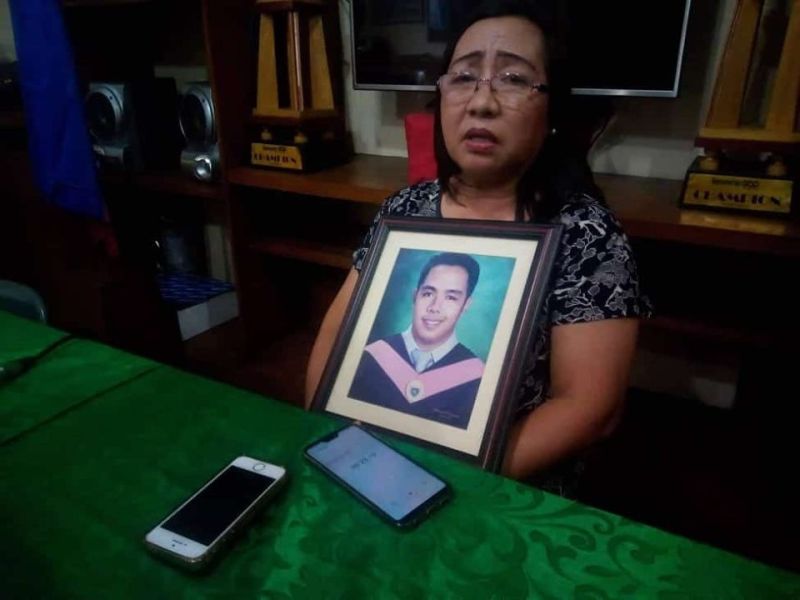 BACOLOD. Holding a photo of her son Jail Officer 1 Jayvee Jason Vargas, the slain jailer's mother, Yvonne, calls for justice as she maintained that her 28-year-old son was innocent of any crime in a media interview at the Negros Press Club office in Bacolod City Monday, November 11. (NLG Photo) 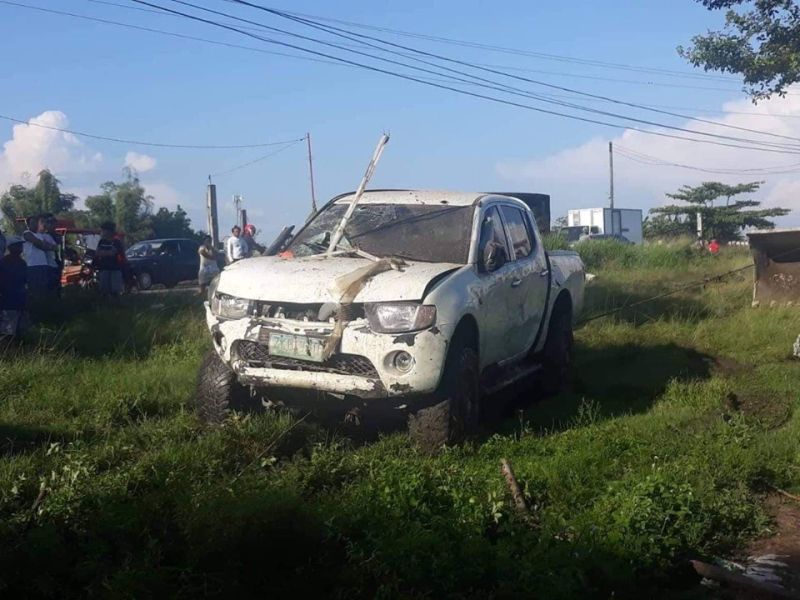 Police Lieutenant Colonel Ariel Pico, spokesperson of BCPO, said Monday, November 11, that they are looking into involvement on illegal drugs, business, personal grudges or work-related issues as possible motives in the killing of Vargas.

Pico said Vargas was driving his white pick-up along with his father and relatives. They were traveling from SP Village, Barangay Pahanocoy when eight unidentified armed men on board motorcycles and vehicles blocked their way and fired at them using high-powered firearms.

He said Vargas was shot in head and died on the spot which caused his car to swerved and hit the piggery in the area. His father and three relatives hid after getting out of the vehicle.

The victims were brought to a hospital while the suspects fled.

On Monday afternoon, the Vargas's mother, Yvonne, called for justice as she maintained that her 28-year-old son was innocent of any crime.

"To President [Rodrigo] Duterte and Vice President [Leni Robredo], our family is asking for your help to attain justice for our son. He is innocent. This is so unfair and very painful to us," she said in a media interview at the Negros Press Club office.

Yvonne, a teacher who heads the science department at Negros Occidental High School, added that she could not even think of any reason why anyone would want to kill her son.

Pico said in previous months that Vargas survived an ambush at the Bacolod Real Estate Development Corp. (Bredco) Port, adding that there is a possibility that these might be the same perpetrators who wanted to kill him.

He said the victim, who was previously assigned at the Bureau of Jail Management and Penology (BJMP)-Handumanan, was supposed to report in BJMP-Iloilo City on November 11.

Vargas was reassigned in Iloilo after he survived an ambush in Bredco Port.

The police official said they are planning to create a task group to solve the killing of the victim.

Pico said they have already the persons of interests, but he refused to divulge further information while the investigation is ongoing.

"We need substantial evidences so we can file the case against the perpetrators. We need the cooperation of everybody here," he added.

BCPO also urged witnesses to help them identify the perpetrators behind the killing of the victim.