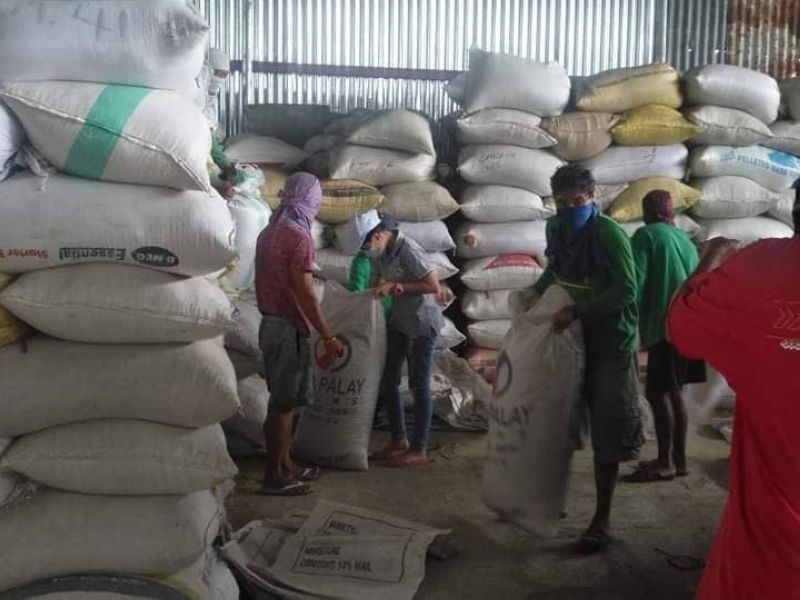 One of the warehouses of NFA-Negros Occidental that serves as buying station for palay of farmers in the province. (Contributed photo)

THE National Food Authority (NFA) in Negros Occidental has already purchased 47,392 bags of unhusked rice, locally known as “palay,” worth around P45 million from farmers in the province, its top official said.

The three buying stations in the province are in Bacolod City, Ilog town, and San Carlos City.

Canoy said of the figure, 45,992 bags were purchased from January to October this year while the remaining 1,400 bags account for those purchased in late last year.

"About 80 percent of the volume were purchased using the new buying price of P19 per kilogram," he said, adding that NFA-Negros Occidental continues to cater to the products of local farmers.

On September 13 this year, NFA-Negros Occidental has started implementing a new buying price without the incentives of up to P3.70 per kilogram

Canoy said bulk of the procurement accounts for the palay purchased during this cropping season, from September onwards.

He said the bigger palay procurement is expected to continue this month as there are still ongoing harvests in some areas in the province.

"This is the first time we have purchased such huge volume, the harvest peaked in October," Canoy said, adding that NFA-Negros Occidental is now looking for additional warehouses as those in Ilog and San Carlos City are almost full.

It can be recalled that, like those in other provinces in the country, farmers in the province were affected by the low prices of palay amid the implementation of rice tariffication measure.

So NFA's buying price of P19 per kilogram is still competitive compared to that of the traders, Canoy said.

Thus, local farmers still sell their palay at the NFA, he said.

Canoy also said that based on their talks with millers and traders, the volume which the latter are purchasing is no longer that big.

Their (traders) current procurement is intended more on local consumption, he said, reiterating that the agency has available fund to continuously buy local produce.