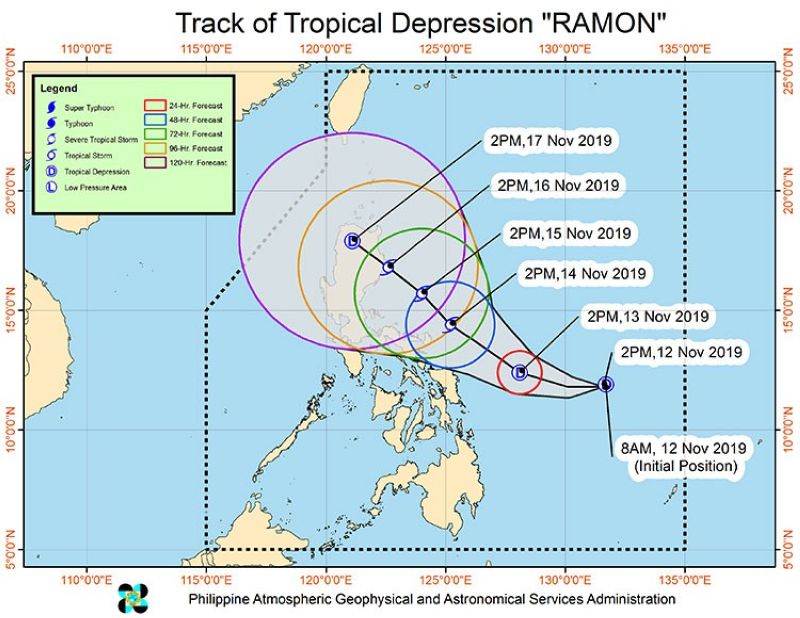 The Philippine Atmospheric, Geophysical and Astronomical Services Administration (Pagsa) said that as of 4 p.m. Tuesday, November 12, the center of Ramon was estimated at 670 kilometers east of Borongan City, Eastern Samar.

Ramon has maximum sustained winds of 55 kilometers per hour (kph) near its center and gusts of up to 70 kph.

Cloudy skies with scattered rainshowers and thunderstorms will be experienced over Visayas, Bicol Region, and the provinces of Quezon, Mindoro, Marinduque, Romblon, Surigao del Norte, and Dinagat.

Pagasa said the tropical depression is forecast to intensify into a tropical storm within 48 hours. (EZN/SunStar Philippines)