PNP defends plan to use body cameras during operations 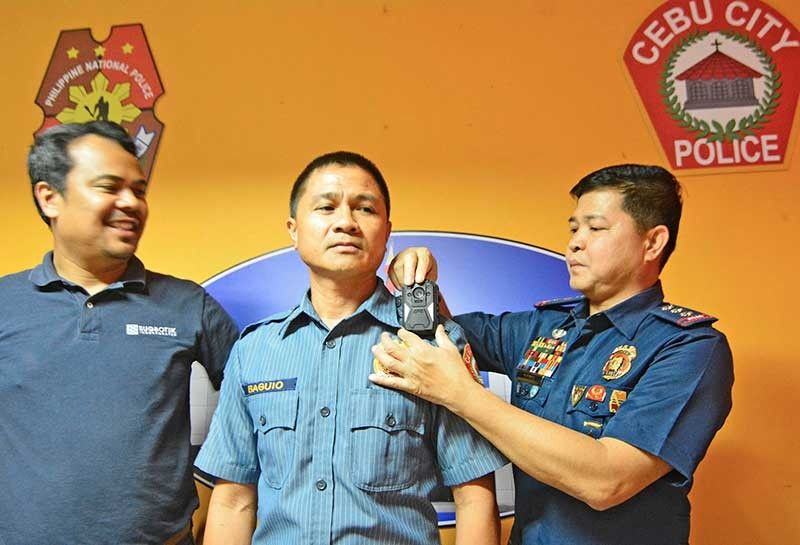 (Using a body camera will ensure transparency in our anti-drug campaign and show the public the risk that our operatives face.)

(This will, of course, help prevent abuses in the conduct of the anti-drug campaign.)

Banac issued the statement after House Speaker Alan Peter Cayetano expressed his apprehension over the use of body cameras during the implementation of the government’s anti-illegal drugs campaign.

“Ang point natin (Our point is) it’s messy when it’s a war. We want a human war, we want no deaths but it might not be the reality,” he added.

Banac said the PNP is ironing out the protocols for the use of body cameras, which PNP officer-in-charge Lieutenant General Archie Gamboa are expected to be delivered in 2020.

The program to equip police with body cameras during operations was approved in response to the public clamor for transparency following the killing of 17-year old Kian delos Santos.

The Caloocan policemen who shot Delos Santos dead claimed that the boy resisted arrest, but witnesses said the boy was in a prone position and begging for his life when he was shot in the head.

His killing prompted a Senate investigation into extrajudicial killings related to the government's war on illegal drugs.

Procurement of body cameras has been delayed because of corruption. Three ranking police officers face dismissal for allegedly extorting from prospective bidders, who were later disqualified from the bidding.

Gamboa said they target to finish the bidding process before the end of the year or the allotted funds would revert to the national treasury. (SunStar Philippines)