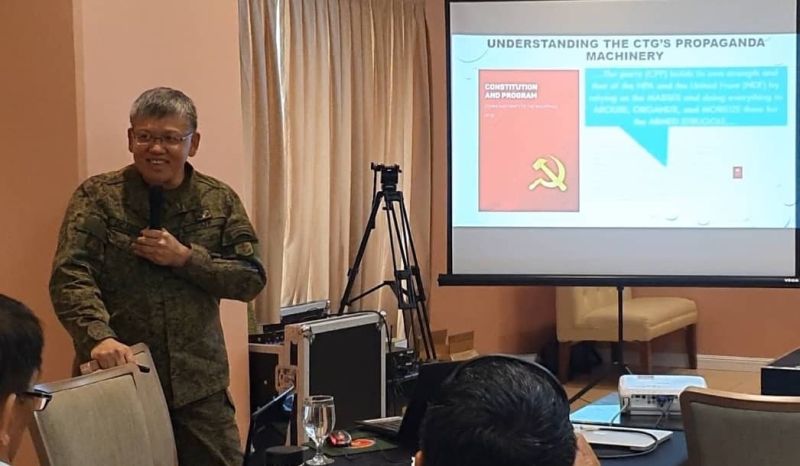 THE Philippine Army’s 403rd Infantry Brigade (403rd Bde) has filed another set of complaints against the New People’s Army (NPA) for violation of the International Humanitarian Law (IHL) before the Commission on Human Rights (CHR).

403rd commander Brigadier General Edgardo de Leon led the filing of the cases after the media forum on Monday, November 11.

In a letter addressed to CHR-Northern Mindanao, lawyer Jeanne Ivy Abrina, De Leon requested the commission to conduct a fact-finding investigation in relation to Omblero’s death, which is a possible violation of IHL and Republic Act 9851 or the “ Philippine Act on Crimes Against International Humanitarian Law, Genocide and Other Crimes Against Humanity.”

The 403IB already filed a total of four complaints, all accusing the NPA of committing human rights violations such as recruiting minors to become child warriors.

The military claimed the CPP-NPA is listed as a terrorist organization by the United States, European Union, United Kingdom, Australia, Canada, New Zealand, and the Philippines.