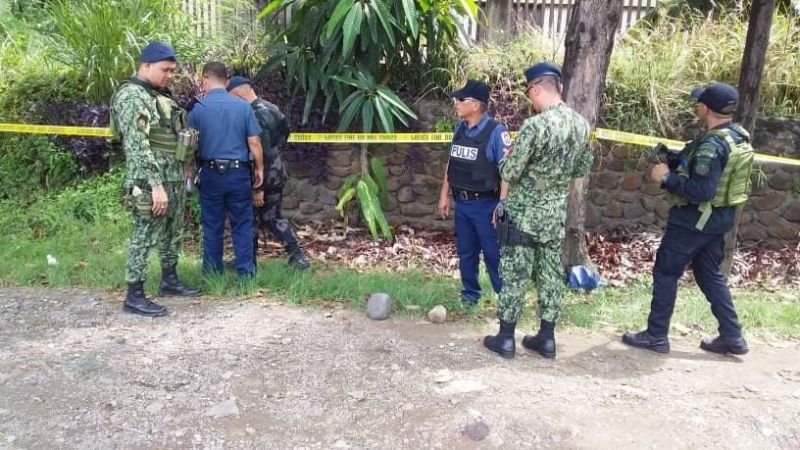 CAGAYAN DE ORO. Investigators are collecting pieces of evidence at the area where the 16-year-old pregnant girl was shot by unidentified motorcycle-riding gunmen across the Hall of Justice on Mastersons Avenue, Upper Carmen, Cagayan de Oro City, Tuesday. (Photo courtesy of Cocpo)

A 16-YEAR-OLD girl, who is five months pregnant, was shot by unidentified motorcycle-riding assailants right after her court appearance around 9 a.m., Tuesday, November 12.

The victim, whose identity is withheld for protection purposes, was shot after crossing the pedestrian lane outside the Hall of Justice on Mastersons Avenue, Upper Carmen, Cagayan de Oro City.

Police said the victim sustained gunshot wound on the right side of her neck and is fighting for her life in the hospital as of Tuesday noon.

A source who requested anonymity said the victim attended an arraignment for the act of lasciviousness case she filed against her former boss.

The source added the victim, who served as a house help, filed the case against an alleged police officer.

Vinas said investigators are primarily looking into the victim’s case to determine possible motives in the attempt on her life.

He also said city police director Colonel Henry Dampal has ordered to include in the investigation the police officer who is the subject of the victim’s complaint.

Viñas advised the public to refrain from giving speculations as the investigation is still ongoing.