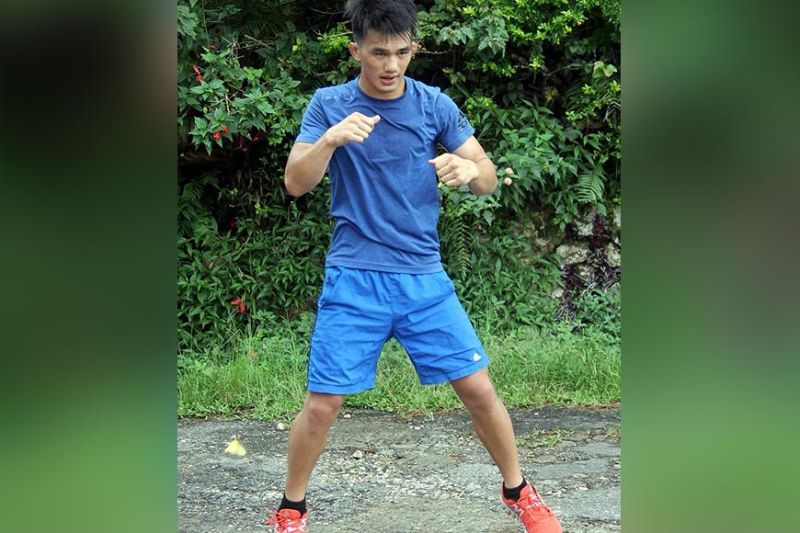 BAGUIO. Riding high on a three-fight winning streak, Team Lakay's Jeremy Pacatiw is seeking to sustain his run in 2019 with another victory against Ali Qaisi in the undercard of Brave Combat Federation on November 15 at the Khalifa Sports City Arena, in Isa Town, Bahrain. (Roderick Osis)

Pacatiw will see action against Ali Qaisi in the undercard of Brave CF 29 that will also feature 14 bouts, including former world champions, an inaugural title fight and the most exciting prize in all of sports.

Qaisi, on the other hand, is on a four-fight winning streak with three submissions.

In its website, Brave CF 29 takes place during the biggest ever Brave International Combat Week and the attractions that go along with it, making it the best event the fastest-growing organization in the world has ever put on.

Brave CF president Mohammed Shahid added the promotion's 29th edition will feature the first-ever KHK World Championship, a one-night, four-men, open weight tournament, which will gift the winner a US$ 100,000 check plus the right to be named the first provisional holder of the KHK belt, the most prestigious prize in all of sports, adorned with 6.2 kilograms of gold.

"This is an exciting time to be a Brave CF fan. We are putting on the largest MMA event in Asia, and the biggest combat sports festival we've ever put on with the Brave International Combat Week. I'm especially excited for the KHK World Championship, as the belt is heavier in gold than the World Cup of football, the Wimbledon trophy, and any other prize in sports ever," said Shahid.

The KHK World Championship will be decided between two semifinals and one final, that will happen on the same night. The first-round will feature two bouts as Kleber Orgulho takes on Mohammad Fakhreddine and Azamat Murzakanov meets Guto Inocente.

The winner of those bouts, the first ones of Brave CF 29, will meet in the final, set for the main event of the evening.