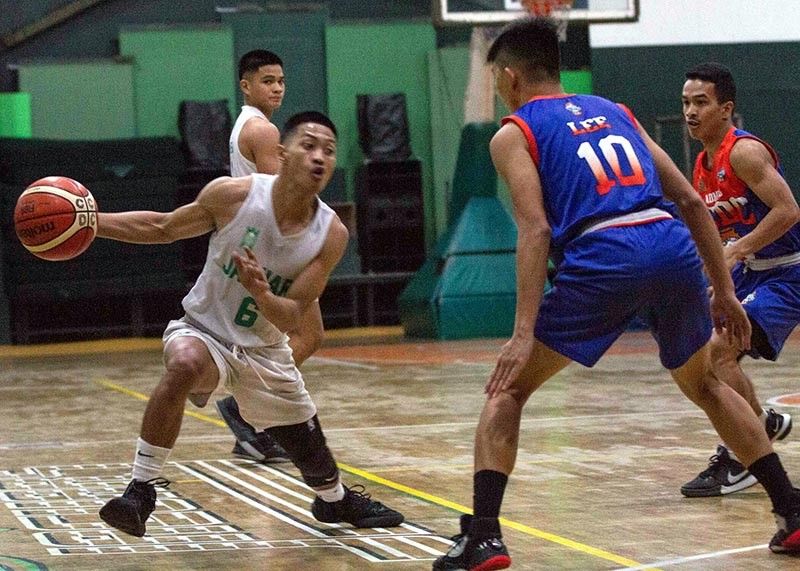 BAGUIO. Christian Valdez of the UC Jaguars tries to shake off a CCDC Admirals defender during their step ladder semis match at the UC gym Monday afternoon. UC won, 99-74, and advances to the finals against University of Baguio Cardinals. (Jean Nicole Cortes)

The second seeded Jaguars leaned on its torrid three-point shooting to advance to the finals by upending season 33 host Admirals, 99-74, at the UC gym Monday afternoon.

UC coach Mark Zapanta was all praises for the team as they stepped up against a taller CCDC squad who earlier defeated Baguio College of Technology Atoms in the first step ladder semis.

CCDC then inched their way back into the ball game and came within five, 55-50, after a 15-3 run. But it was the closest they could get as UC stepped on the gas with an 11-0 run for a 66-50 Jaguars lead that practically broke the backs of the visiting Admirals.

Bryan Gravilez top scored for CCDC with 16, while Will Keane Lee and Jamil Remiendo added 13 each.

Assistant coach Albin Santos said they did not expect to be in the finals with nine rookies and six hold overs.

But both Santos and Zapanta said they have a daunting task against the defending champion University of Baguio Cardinals who remain undefeated and will enjoy a twice to beat edge in their finals match-up on today, November 13, at the UB gym.

The Cardinals are title holders for 17 of the past 24 seasons giving up the title five times to UC and twice for CCDC.

The finals is set Wednesday at the UB gym where the Cardinals hope to finish off the Jaguars.