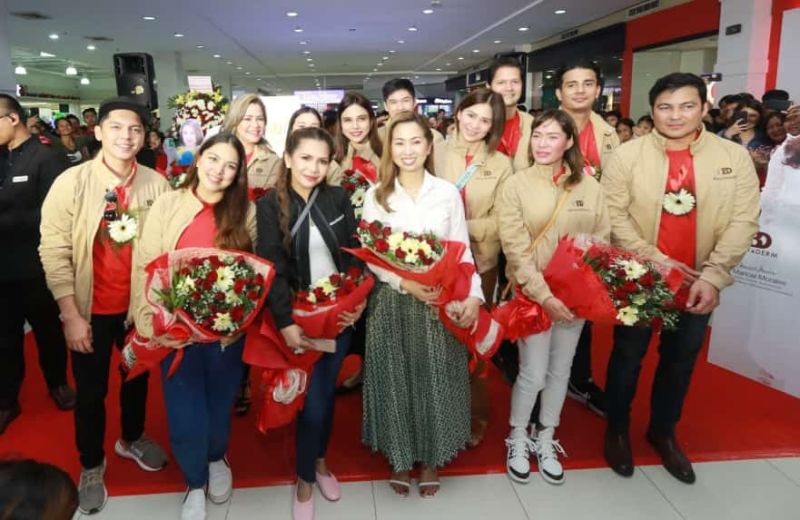 A BEAUTY brand with Filipino celebrities as endorsers opened its 94th store at a shopping mall in the City of San Fernando.

Tan said Nepomuceno is one of her top 5 distributors. The kiosk at Robinsons Starmills is Nepomuceno’s third branch.

“More than making our Beautéderm users beautiful, we also aim to help them start their own businesses,” Tan said adding that Nepomuceno started as a product user and has become a distributor later on.

Meanwhile, BeautéHub distributor Nepomuceno said she chose to put up her three Beautéderm branches in this city because “San Fernando has been known to be a business-friendly city.”

Her other two branches are at Maligaya 168 and Vista Mall.

“I myself use the products and they’re really effective,” she said.

Beautéderm CEO Tan said she is set to open other branches in other cities in the country in the coming days to complete her “Road to 100” stores goal.

Beautederm started in 2009 when Tan decided to leave her job as marketing head of a big appliance store in Angeles City.

She started with a P3,000 capital and after a decade has grown to 94 stores and counting, and thousands of resellers and distributors across the country and abroad.

Beautederm products are notified as safe by the Food and Drug Administration. The company is also awarded by Superbrands which strengthens a brand’s position, adds prestige and reassures consumers and suppliers that they are buying the best brand in its category.