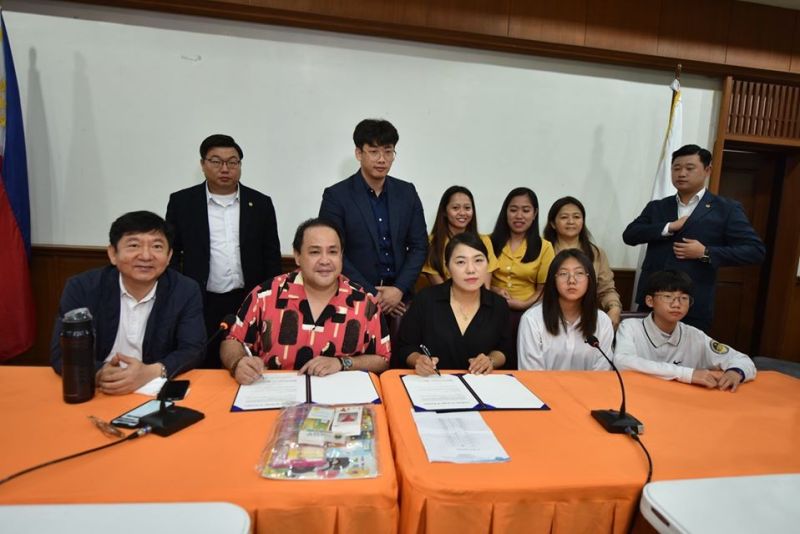 PAMPANGA. Governor Dennis ‘Delta’ Pineda and Gukwibu of Korea Chief Officer Kyoung Sun Yoo sign the certificate of receipt of donation together with some beneficiaries from the Children’s Joy Foundation. (Contributed photo)

PAMPANGA Governor Dennis “Delta” Pineda recently thanked Gukwibu of Korea for the company’s kind gesture to help and support the vulnerable children in the province.

“I’m very heartened both to Gukwibu of Korea and to my good friend Kyoung Sun Yoo, their chief officer, for choosing Pampanga as the beneficiary of their charity concert held in South Korea last May, and for coming today all the way from Korea to personally meet some of our children here,” Governor Pineda said.

This came after representatives from Healing Concert with Asian Children (C.A.C), an organization founded by Gukwibu of Korea, visited Governor Pineda on Monday, November 11, at the Executive House in the City of San Fernando.

The company handed over $ 2,000 worth of cash donation, including boxes of school supplies.

Yoo mentioned that the funds were generated from the proceedings of their “Let’s Fly One and One Concert” which attended by the governor himself last May in South Korea.

For his part, Governor Delta said that the donation would help in supporting the financial and medical needs of the marginalized children in the province.

According to Yoo, funds from the voluntary donation of visitors and guests during their concerts are being annually donated to their chosen Asian Foundation.

“We chose the Children’s Joy Foundation to be our recipient this year. I thank Governor Dennis for introducing the foundation to us. We are very glad to help these children,” Yoo shared.

Moreover, she also mentioned that their company is planning to hold another charity concert intended to further help and support the children from the said foundation.

“We are planning to hold a charity concert in the Philippines. We are looking at bringing K-pop (Korean Pop) artists like Momoland and Blackpink here to generate more funds and encourage people to help children who have not been properly cared for, like these kids,” Yoo added.

“We would also like to invite the children to perform in the concert together with the artists,” she furthered.

As a way of giving thanks, at least 21 children rendered a dance and self-composed song number to the organization and governor.

Aside from the donation given to them, the foundation is also receiving a regular financial subsidy from the provincial government to support the children’s educational and basic needs.

Children’s Joy Foundation is a non-government organization serving orphaned and abandoned children in this city. (PR)