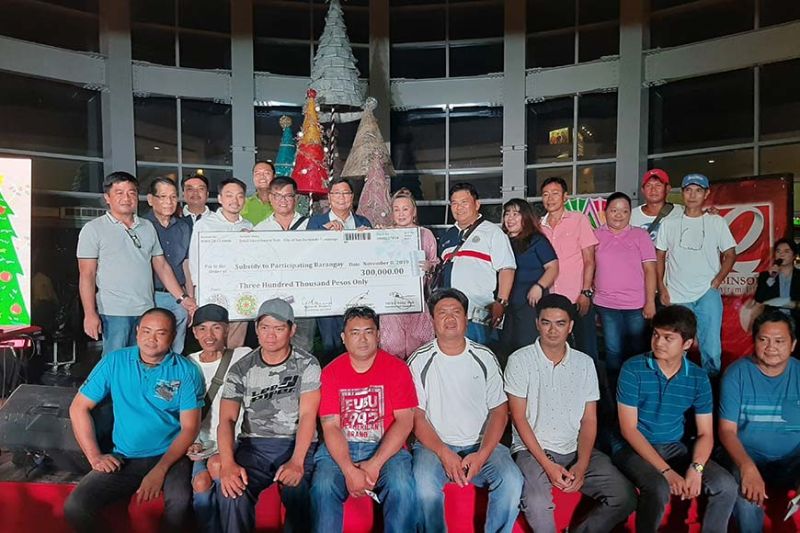 TWELVE villages from the City of San Fernando will participate in this year's Giant Lantern Festival (GLF) set on December 14 at Robinsons Starmills.

All participating villages also received P300,000 subsidy from the City Government during the launching to assist them in producing their giant lantern entries.

But Mayor Edwin Santiago said the cash subsidy is only a piece of the total amount each barangay allots for the making of their giant lanterns.

He said barangays usually raise about P500,000 or more from their funds and assistance from residents and friends to produce yearly entries.

"Aside from the creativity of our lantern makers, the 'bayanihan' or unity of barangay people is also being showcased during the making of giant lanterns as they are able to raise the funds and even materials needed to materialize their concepts," he said.

Santiago also noted that the annual holding of the GLF is aimed at preserving the traditions, such as bayanihan, and culture of Fernandinos for the benefit of the future generation.

"The impact of GLF on the city's tourism and economy is only an additional reward because our main goal is to pass this beautiful tradition to our youth so they can also sustain it for the next generation," he said.

Meanwhile, GLF Committee on Security chairman Marni Castro reminded spectators to be mindful of the rules and regulations set to maintain the peace and order during the event.

He said bringing of backpacks, as well as flying of drones, except that of the City Information Office, will still strictly be prohibited.

"We are expecting about 100,000 spectators this year, and it will not be easy to manage all that so we ask for the cooperation of everybody," he said.

Castro also said that about 300 policemen with the augmentation from the Police Regional Office-Central Luzon, and at least six bomb-sniffing dogs will be deployed to secure the area during the event.

A traffic scheme will also be implemented inside and within Robinsons Starmills from morning of December 14 until midnight of December 15 to ease the travel of spectators.

"We have a very big venue this year that can accommodate up to 100,000. Robinsons Starmills has also allocated about 1,000 parking slots near the actual venue for the spectators alone," he said.