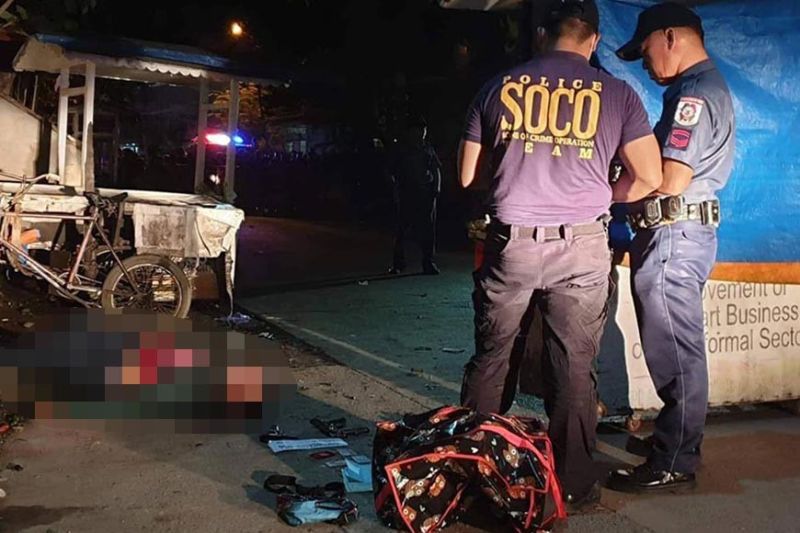 CAGAYAN DE ORO. Archolito Palubon alias “Bingcol”, the alleged leader of a robbery group died after fighting back against police operatives in a failed robbery attempt of an establishment in barangay Carmen Tuesday night. (Photo by Kris Sialana/Superbalita)

THE leader of an alleged robbery group responsible in the string of robbery incidents involving the courier firm LBC Express Inc. was killed in a shootout after trying to rob another establishment in Barangay Carmen, Cagayan de Oro City, Tuesday night, November 12.

Palubon died on the spot after sustaining lone fatal gunshot wound on his left upper chest.

Police recovered cash worth P2,600 scattered along the road when the suspects were fleeing the area.

His companion, still unidentified, was able to escape and stole some P20,000.

Also recovered from the crime scene were a caliber 45 pistol, live bullets, a bonnet, gun holster, helmet, a sachet of suspected “shabu” (methamphetamine hydrochloride), and a driver’s license.

In November last year, different branches of LBC was struck with a series of robbery incidents which police said were handiwork of the robbery group led by Palubon.

Palubon’s group has carted away around half million pesos from four robbery cases in several LBC branches in the city last year.

Meanwhile, police are hunting down the other suspect who escaped during the exchange of fire.