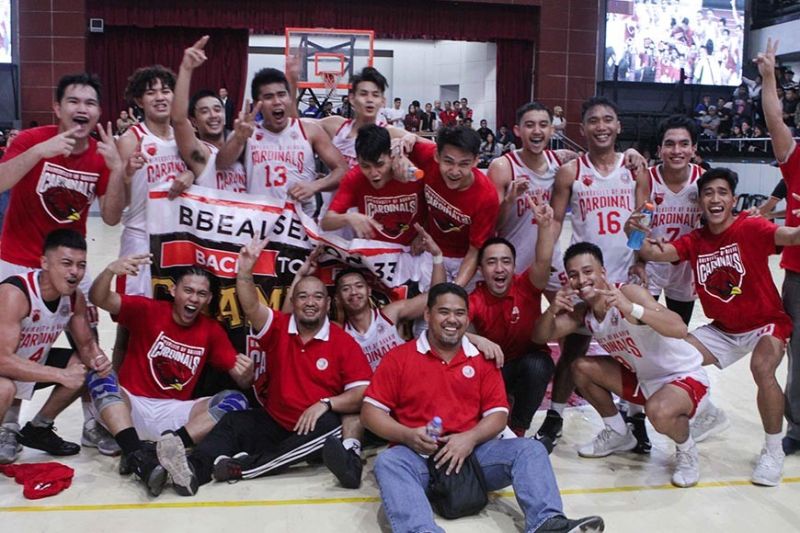 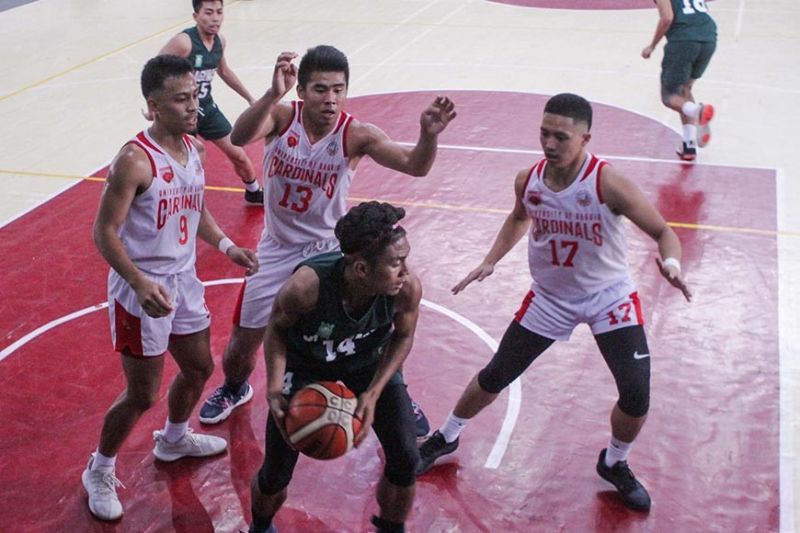 BAGUIO. Three University of Baguio Cardinals swarm a hapless University of the Cordilleras Jaguars in the second half of their championship match at the UB gym Wednesday afternoon, November 13, 2019. (Jean Nicole Cortes)

UNIVERSITY of Baguio Cardinals annexed its 26th men's basketball crown after overpowering University of the Cordilleras, 92-51, in season 33 of the Baguio-Benguet Educational Athletic League (BBEAL) at the UB Gym Wednesday afternoon, November 13.

After sweeping the eliminations round, the Cardinals march straight to the finals with a twice to beat edge and need only one game to complete the sweep for perfect season with a clean 9-0 record.

The Cardinals also made history as it complete a back-to-back undefeated season since 2018 when they also reclaim the men's basketball crown after two years of frustrating BBEAL campaign.

After posting a 15-5 lead on a short stab by Efren Dela Cruz with 4:27 remaining in the first canto, the Cardinals never looked back and slowly piled up their lead.

By halftime, the Cardinals were already in celebration mood enjoying a 48 - 28 advantage.

The Jaguars, who came into the finals after toppling season host Cordillera Career Development College Admirals, had no answer against the Cardinals tight guarding as the defending champion padded their lead on a 12-0 run in the first four minutes of the third period.

Vince Ahron Sibbaluca top scored the Cardinals with 17 markers with three others scoring in double digit courtesy of Cluade Leymark Camit who had 16 points while Bheniedick Lozano and Adrien Virgilio Imsonadded 14 and 10 apiece.

Christian Valdez was the only bright spot for the Jaguars who had a team high of 15 points as UC's main gunner Lydon Matbagan and Chester Elefante were limited to only four points each.