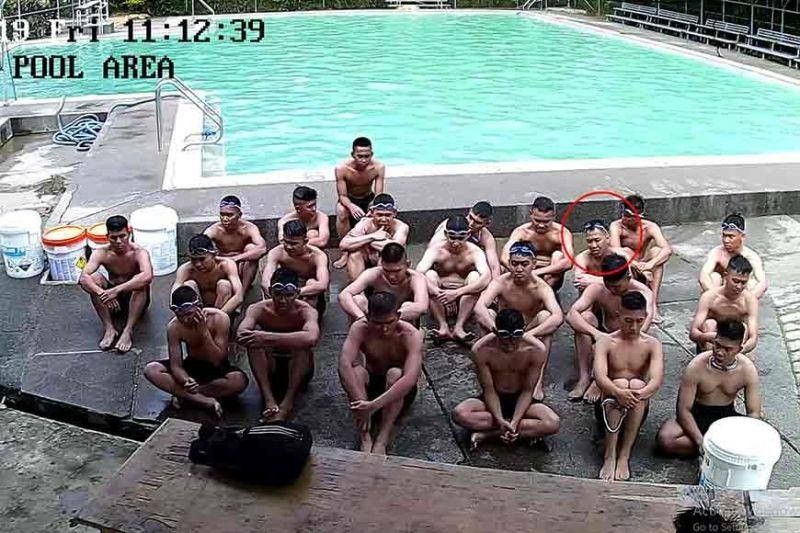 THE Philippine Military Academy (PMA) and its professors might be held liable for the death of Cadet Fourth Class Mario Canceran Telan Jr., whose body was found in a 15-foot pool after his swimming class.

Baguio City Police Director Allen Rey Co said based on a footage captured by a closed circuit television (CCTV) camera, it was evident that Telan was not a swimmer.

"We are coordinating with the family now and determining their wishes," he said.

This will be the second investigation Co's team is conducting against the PMA following the death of Cadet Fourth Class Dexter Dormitorio, who died due to hazing on September 18, 2019.

He said the question the PMA has to answer now with regards to Telan's death is "why was he allowed to proceed to the next level when it should have been obvious that he was not a swimmer."

Medico legal findings showed Telan sustained abrasions on his extremities. The cause of his death was asphyxia by drowning.

Co said there appears to be no foul play, but their investigation shifted its focus on protocol and regulations of the PMA.

He said the CCTV footage showed a complete class of 23 plebes when the swimming sessions started, but only 22 cadets left the pool after the class.