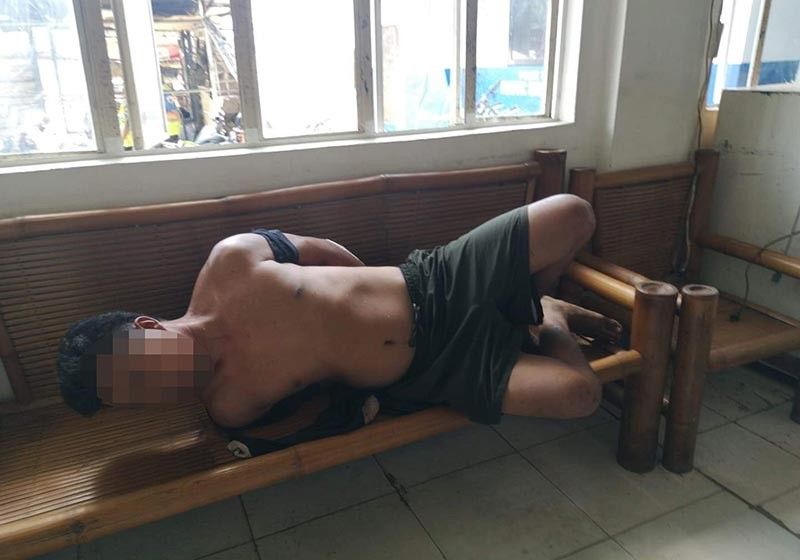 THE Davao City Police Office (DCPO) has recommended a psychiatric evaluation of the carnapping suspect who stole a vehicle and recklessly drove along city's streets on Tuesday morning, November 12.

DCPO spokesperson Police Captain Rose Aguilar said on Wednesday, November 13, during the AFP-PNP press briefing at The Royal Mandaya Hotel that the suspect, who was identified as Carmelito Pamogas Tabion, 27, a resident of Old Market, Kalamansig, Sultan Kudarat, has been acting strange.

Police learned from the brother of the suspect that he is mentally ill. He is also allegedly a notorious thief and has been involved in illegal drugs.

Aguilar said the suspect was already on inquest Wednesday, November 13, for the filing of multiple cases, such as violation of Republic Act (RA) 10883 (New Anti-Carnapping Law), direct assault and damage to properties.

On Tuesday morning, November 12, the suspect stole an Isuzu Elf truck and drove it until he was cornered in Bolton bridge. His actions wounded several individuals and caused damage to some vehicles.

Police immediately responded to the incident, which resulted in the car chase.

Meanwhile, Aguilar added that since there is no psychiatric assessment yet for the suspect, he still has to face the criminal case. But if it will be proven later that he is mentally ill, backed with proper evaluation, he will be sent to a mental hospital.

"Dili man gud ta pwede muingon nga naa siyay daot lang sa ulo unless the experts tell us nga mga mao na iyang status. Sa pagkakaron, ang iyang criminal nga na-violate mao sato iyang atubangon (We are not an expert to say that he is mentally ill unless the expert gives us their assessment. For now, he will face his criminal case)," she said.

The suspect is currently detained at Sta. Ana Police Station.