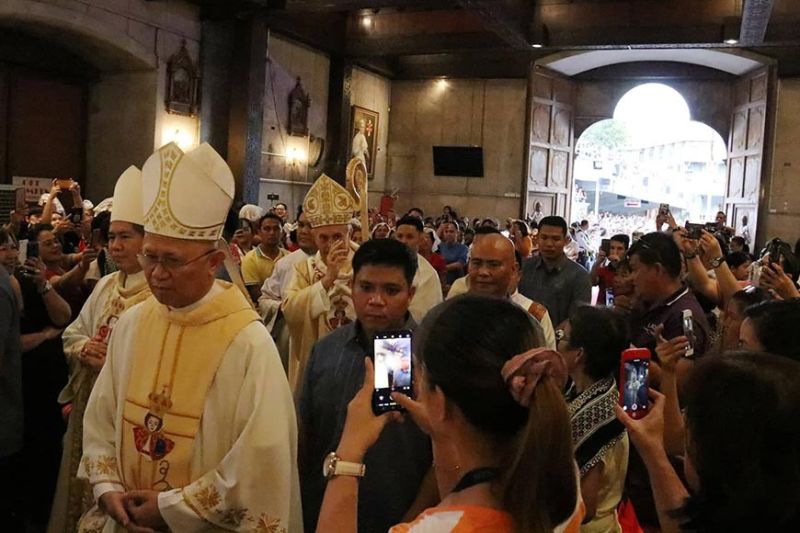 THOUGH he has yet to receive his actual tasks as a newly appointed member of the Pontifical Council for Culture by Pope Francis, Cebu Archbishop Jose Palma said his appointment is an opportunity to better promote the Asian religious culture.

“I believe, coming from the Cardinal prefect, and of course, the council itself, it focuses on the promotion and appreciation and the interpretation of living out the culture that should highlight its beauty,” he said. “I believe it is Rome’s recognition that the membership of the committee should have not only Europeans but also Asians. It’s the Church becoming more open and inclusive in that sense.”

Meanwhile, Fr. Mhar Balili, vice postulator for the cause of the late Archbishop Teofilo Camomot, expressed joy over the news that the last requirement needed to complete the “positio” or the document for the beatification process of Camomot was released.

In an interview on Wednesday, Nov. 13, 2019, Balili said the document or the letter of Camomot bearing the justification of his early retirement has already been released from the Archives of the Congregations of Bishop.

Balili said such document has been kept for safety in the Archives of the Archbishop of the Congregations of Bishop some 15 to 20 years ago.

The said document, he said, is what they deem as “missing link” to the documents they initially submitted last June of this year.

“When we submitted the papers last June, one of those that we didn’t have were the documents that state the reason why Bishop Camomot retired early. The speculation is he got sick or he was no longer efficient. But Rome really needed it and the document was kept in the Archives of the Congregation of Bishops,” he said. (WBS)