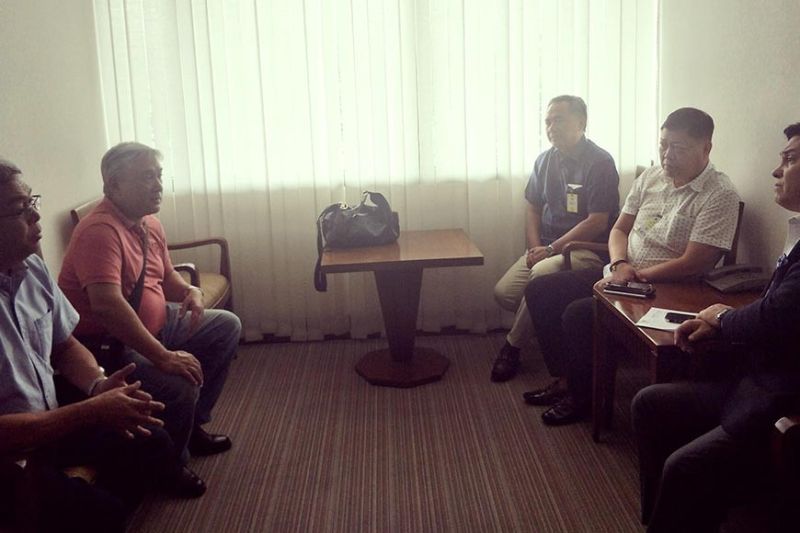 SENATOR Juan Miguel Zubiri has tasked Tatak Kalamay to spearhead a multi-sectoral sugar summit right after the holidays to concretize plans and proposals that will improve efficiency of both farms and mills as well as increase productivity.

The Negrense senator, in a statement Wednesday, November 13, said this is one measure to avoid liberalizing the sugar industry.

During the visit of Sugar Regulatory Administration (SRA) board member Emilio Yulo III and Tatak Kalamay convenors Raymond Montinola, Gerardo Locsin and Dave Alba at the Senate on Tuesday, Zubiri assured them that he is one with the stakeholders.

“For as long as I am here in the Senate, I will always help the industry but something must be done as well and it’s time to confront and address these issues,” he added.

Zubiri was among the 22 senators who signed and passed a resolution urging the Executive Department not to pursue the planned sugar import liberalization on Monday, November 11.

As this developed, the majority floor leader noted that producers, millers and traders have different concerns and may sometimes even differ in their positions.

Though, he wants a holistic approach to addressing the various issues as “we may not always be able to stop the call to liberalize especially if sugar prices become prohibitive and we still cannot meet the domestic demands.”

For his part, Yulo said he welcomes the idea and will propose the SRA’s participation in the summit and will go around in over 20 sugar producing provinces to ensure that everyone is well represented.

Montinola, also the national spokesperson of the Confederation of Sugar Producers Associations (Confed), on the other hand, said that while the task is “daunting, we agree with the senator that concrete actions must be taken and government participation and support must be strengthened if we want our industry to survive.”

Also, they will push in Congress for the restitution of the Sugar Industry Development Act (Sida) fund as “the industry will all the more need that to realize these programs that will make us more efficient and globally competitive.”

Locsin told Zubiri that Tatak Kalamay’s plans included mobilizing successful farmers to mentor other farmers and teach them best practices that can help improve their productivity.

Tatak Kalamay is a national movement composed of multi-sectoral groups in the country supporting the sugar industry.

“We’ve already identified planters who are willing to do this ‘big brother’ mentoring program and we hope to replicate this in all sugar provinces where Tatak Kalamay is present,” Locsin said.

Meanwhile, Alba said that the economic managers can be of help to the industry if they “liberalize farm inputs, particularly fertilizers and implements, because in so doing, we lower production cost and we can do more to work towards mechanization.”