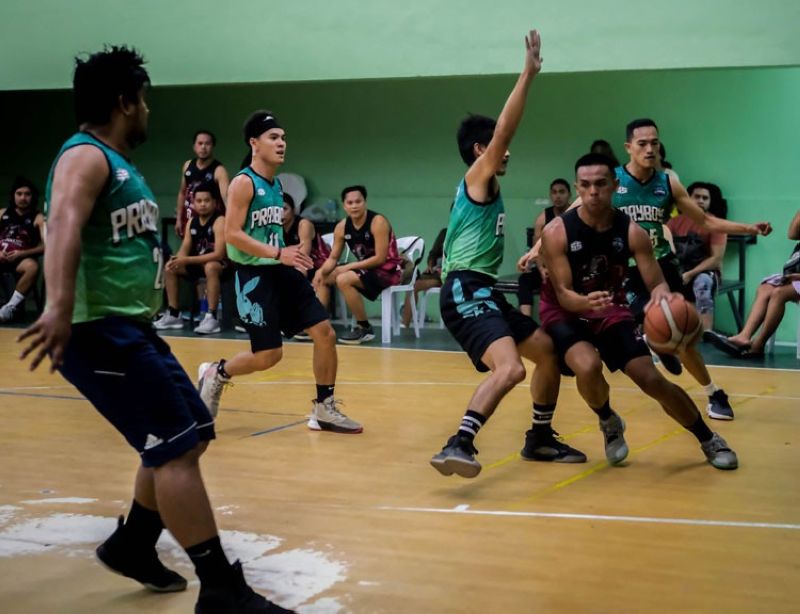 A player from the Hoops Junkies tries to penetrate the defense of the Prayboys.(Contributed foto)

THE Prayboys took down the Hoops Junkies, 87-72, in the Southside Basketball League Season 4 at the Sacred Heart Center basketball court on Sunday, November 10, 2019.

The Prayboys led by 15, 46-31, at halftime but the Hoops Junkies rallied and trimmed the deficit down to just four, 54-58, heading to the last canto.

But the Prayboys weathered the storm and pulled away in the fourth to grab the win.

Ronnie Camacho scored 21 points and added seven rebounds, four assists and three steals across his name to power the Prayboys to the win.

In other games, the Aces downed the DumaGetMe, 80 -72, as Benjamin Cantal produced 25 points, four rebounds, two assists, three steals and a block.

The Conquerors put down the Grit N Grind Kings, 63-47, thanks to a spirited effort by Ralph Camacho who had 14 points, four boards, a steal and two blocked shots.

And finally, the Eye Browse Optical beat the Outkazsts, 80-70, with Christian Gallarde leading the way with his 27 points, five rebounds and six assists.(SunStar Cebu)