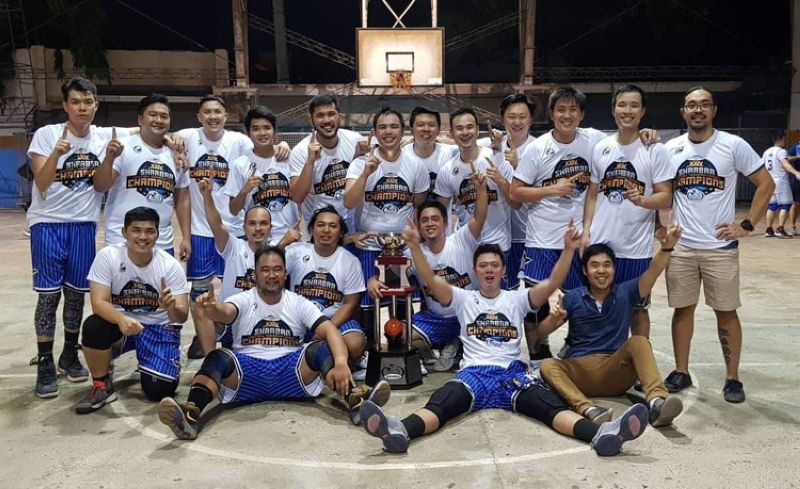 Batch 2004 came from behind to stun Batch 2000 and take home the Division B title in the SHAABAA Cebu Landmasters Cup. (Contributed foto)

Down 42-45, Batch 2004 scored nine unanswered points courtesy of two free-throws by RC Woolbright, a floater by Ervin Lopena, a jumper by Chris Gothong, two free-throws by Lopena and a deuce by Franco Te to seize the upper hand, 51-45, with just 2:49 remaining on the clock.

Batch 2000 pulled to within two, 49-51, after baskets by Serg Go Bui and Dave Ting and even had a couple of chances to either tie or grab the win.

However, Ting missed several tries and Te sealed the victory and the championship by making two pressure-packed free-throws for a 53-49 lead with just two seconds to go.

Ting canned a three-pointer as time expired to peg the final score.

Lopena paced 2004 with 18 points, six rebounds and four assists while Te had a double-double of 13 points and 11 rebounds to go with three assists, two steals and a block. The team also got solid numbers from Gothong and Woolbright who tallied 10 points apiece.

On the other hand, Batch 2000 struggled to find the basket all game long as only Ting reached double-figures with 19 points. The team shot just 26% from the field.(SunStar Cebu)