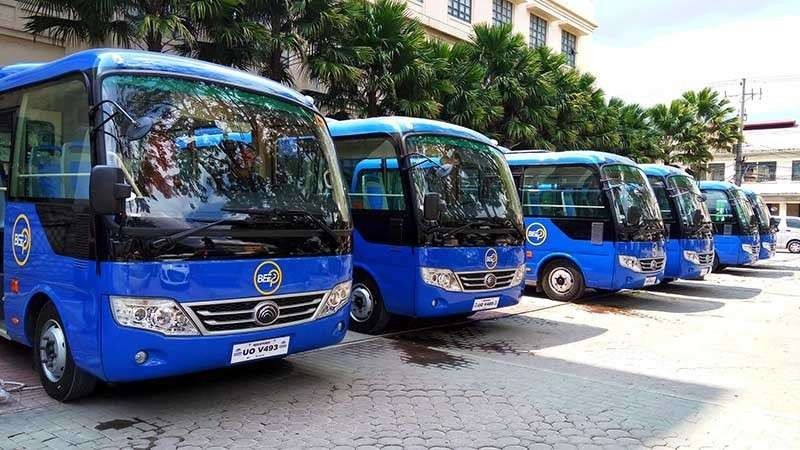 TO SOLVE the problem of providing quality public transportation in his city, Talisay City Mayor Gerald Anthony "Samsam" Gullas Jr. has expressed willingness to accept a proposal by a private group to introduce modernized jeepneys in his city.

Last Tuesday, Nov. 12, 2019, Gullas received a letter from Persano Corporation concerning their proposal to introduce Beeps that will travel from Talisay City to certain parts in Cebu City.

In his letter,Warren Flores, Persano operations manager, said they are offering to provide 30 BEEPs to operate in two routes: The first of which will allow 15 Beeps to travel from Barangay Linao in Talisay City to SM City Cebu via the Cebu South Coastal Road.

While the second route will allow Beeps to travel from Barangay Lawaan to SM City Cebu via the N.Bacalso Ave.

On his FB page, Gullas admitted that aside from his constituents, even residents from the towns of Minglanilla to the City of Naga are calling for him to accept Persano's offer.

Gullas said the Beeps would be a great help especially that there are only a few PUVs that would travel via the CSCR.

Even frequent commuters along the N. Bacalso Avenue are also calling for quality PUVs like Beeps to operate where they usually commute.

"We are willing to let them operate. I have already instructed Joy (Tumulak, city traffic chief) to meet with them (Persano) so we can look ways on how to move forward regarding this. Even our constituents are calling for it as well," Gullas said, in a mix of Cebuano and English. (FMD/JKV)