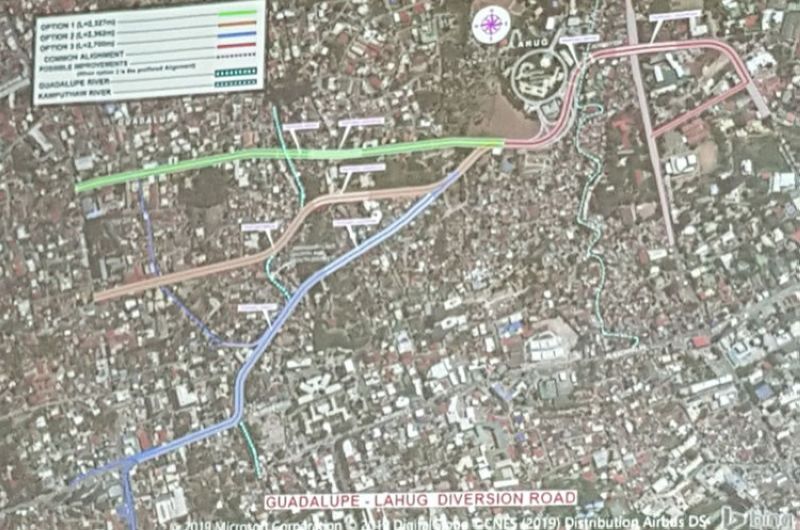 Motorists going to and from Barangay Lahug and Guadalupe, Cebu City won't have to endure the traffic in Escario St. once the 2.33-kilometer diversion road connecting the two barangays will be constructed. (SunStar foto/ Jerra Mae J. Librea) 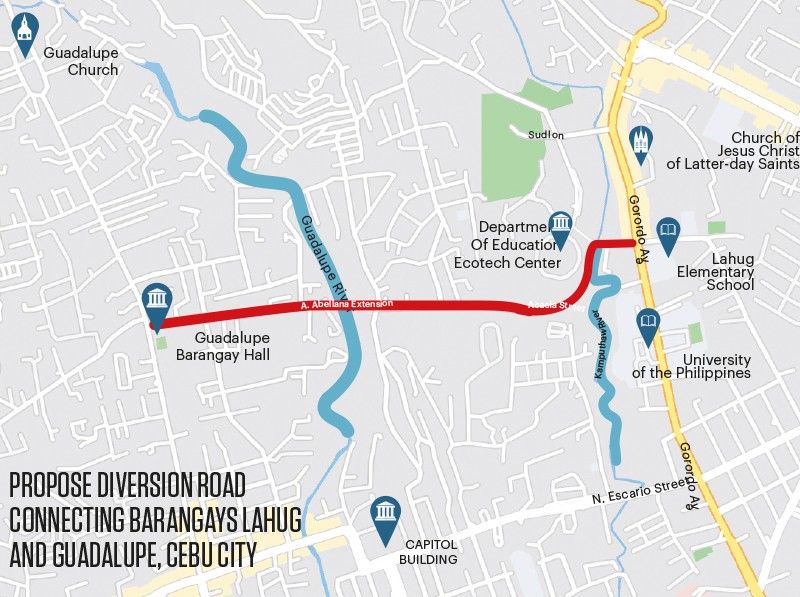 MOTORISTS going to and from Barangays Lahug and Guadalupe, Cebu City won’t have to endure heavy traffic on Escario St. once the 2.33-kilometer diversion road connecting the two barangays will be completed.

The diversion road, which will start beside the Guadalupe Barangay Hall and exit across the Lahug Elementary School, will have two bridges as this will pass the Guadalupe River and the Lahug River.

It will have four lanes with two lanes each for northbound and southbound vehicles and sidewalks on both sides. Each lane will be three meters wide.

The project is estimated to cost P2.4 billion. The amount will be included in the Department of Public Works and Highways (DPWH) annual budget for the 2021 General Appropriations Act (GAA).

Guardo said the DPWH had three proposed alignments, but this two-kilometer proposal was chosen as this was the cheapest among the three proposals, based on the feasibility study that was completed recently by Cedco Engineers, a private engineering consultant.

In December, the detailed engineering is expected to be finished.

The DPWH will allocate P200 million for the acquisition of the road right-of-way (RROW).

DPWH 7 Director Edgar Tabacon said they will raise the amount if it will not be enough to compensate the affected property owners.

Guardo is hoping the construction will start by 2021, adding that the acquisition of the road ROW is the “most challenging” part in the implementation of the project.

He said the project will be undertaken by the DPWH. The City Government’s role is to help expedite the process of complying with the requirements.

He said there is a need to hasten the project so motorists going to and from Barangays Guadalupe and Lahug will have an alternative route.

“It is necessary (to open new road) because the traffic along Escario St. is getting worse. Once the new road will be opened, some vehicles will just pass through the area,” Guardo said.

Some public utility jeepneys from Barangays Banawa, Labangon, Tisa or Punta Prinsesa headed for Lahug and vice versa will also use the diversion road. JJL