Bzzzzz: Did you hear the talk about Cobonpue being groomed for mayor? 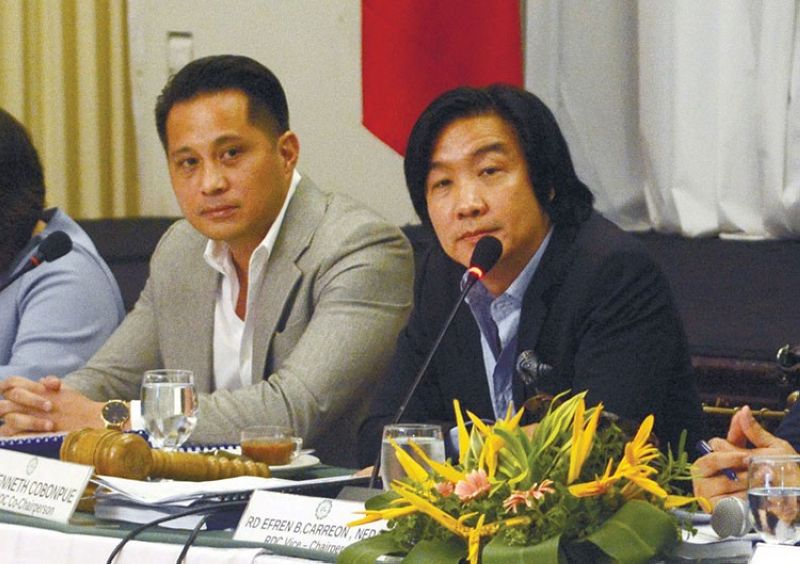 [1] THE CLAIM THAT CARCAR PORK LECHON IS STILL 'KAGUMKOM' AFTER 3 DAYS. That drew some heat from detractors of Carcar City's now controversial product. No honest lechon vendor will make that claim, one social media comment said. Carcar officials worry that the bad publicity, some contributed by town residents themselves, is hurting the city's lechon business.

[2] KEEPING 'TOKHANG' IS NOT THE PROBLEM. And Vice President Leni Robredo plans to keep it. The problem, they say, about "toktok, hangyo" is the illegal killing that sometimes accompanies or follows a "tokhang." It has assumed a meaning different from the original sense of the idiom.

The name of industrial designer Kenneth Cobonpue had been repeatedly mentioned before as "potential mayoral timber" for Cebu City. Lately, however, the frequency and intensity has increased.

The next election is still more than two years away and talking about it is seen as wasteful exercise. But that has not stopped City Hall watchers from observing and speculating.

It may appear odd for the world-renowned and multi-awarded furniture designer to be interested in an elective job in government when he has been hugely successful in his private business. But then, one City Hall watcher says, look at the high-profile work he has been doing the past few years:

[1] He headed the Regional Development Council (RDC)-Central Visayas from 2016-2019. Last July 19, he reported big-ticket projects in the region accomplished during his term and others lined up in the next quarters. He was the only RDC chairman from the private sector. Last August 20, he rejoined the RDC as one of the seven elected private sector representatives.

[2] He now heads the Visayas Quincentennial Committee, to manage activities in the region for the 500th anniversary of the Christianization of the Philippines, highlighted by the victory of Lapulapu and his warriors in Mactan.

Cobonpue's projects, mostly done in the other parts of the world, have lately been coming close to home, including a green walking park in Naga City, Cebu and an interactive installation, where people can lounge and hang out, in Clark, Pampanga, site of the Southeast Asian Games this month.

The high-profile exposure of Coponpue tends to support the talk that he is being groomed for the position of Cebu City mayor.

A former high city official used to lash at the liaison between Cobonpue and a Malacañang official who, he said, are business partners. At the time, the city official already told City Hall reporters he suspected that Cobonpue might run for mayor.

The current talk among City Hall watchers is that Cobonpue would be the Barug candidate for mayor and Labella might drop out or slide to the vice mayor's seat in 2022.

The jarring element in that scenario is Vice Mayor Mike Rama: how would he respond and where would he be?

That would assume a major political disruption, which is too early at this stage even to speculate about.

But then a "wild" speculation about politics often wouldn't need solid facts to ride on and circulate. And sometimes it could turn out to be on track.

Cobonpue's present exposure to government work apparently prepares him for a mayor's job. For a city recognized by the Unesco and United Nations as a "creative city of design" (among 247 member cities in its Creative Cities Network across the globe), his skill and experience would be useful.