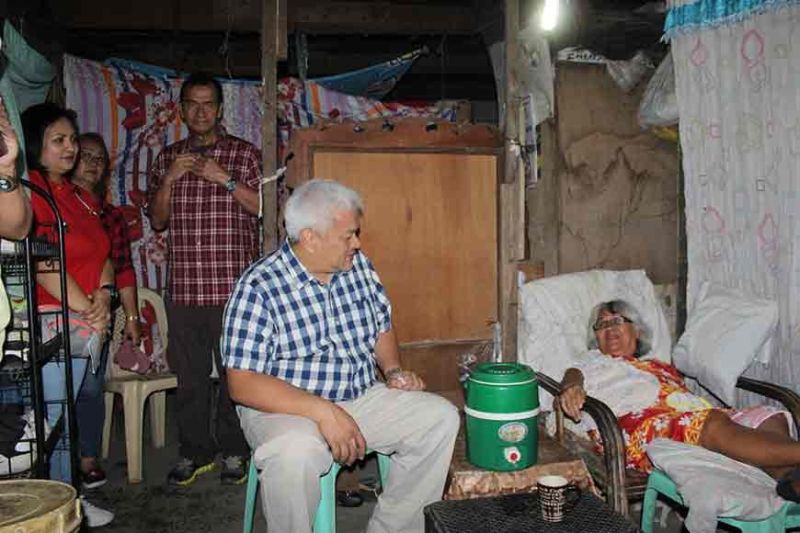 ANGELES CITY -- Personnel of the Angeles City's Gender and Development Office and Office of the Senior Citizens Affairs went door to door distributing free medicines to scores of bed-ridden senior citizens in this highly-urbanized city.

More than 50 seniors received right on their doorsteps medicines under the health program of Mayor Carmelo "Pogi" Lazatin, Jr.

Over the past few weeks, Lazatin has been visiting bed-ridden senior citizens in the city.

In line with his health programs, Lazatin said he will institute changes to improve the services of the Ospital Ning Angeles (ONA).

"I promised during the campaign period that we will fix ONA. This is a continuing move to upgrade our hospital," Lazatin said.

He even asked the doctors and nurses of the public hospital to work hard to better the people of Angeles.

Lazatin said he is eyeing the construction of additional buildings to increase the bed capacity of the hospital which was named after his grandfather, former Pampanga Governor and City Mayor Rafael Lazatin.

"After this, we are not yet finished. This is only the beginning of our health programs. We have many programs to upgrade ONA," the mayor said.