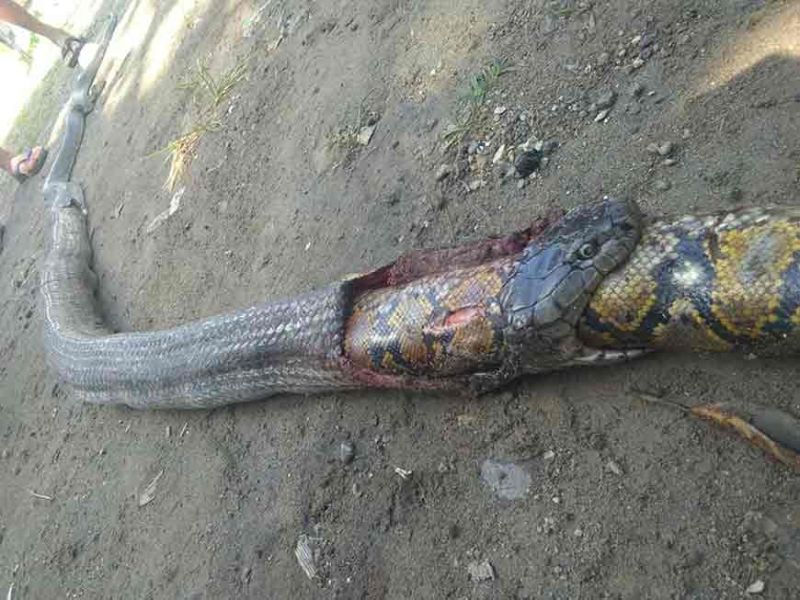 One Renato Daligdig captured the incident on his mobile phone and posted this on Facebook. His post went viral, with 308 engagements, 371 comments and more than 2,200 shares as of Thursday night, November 14.

It was learned that one of the snakes, the "banakon" or king cobra, measured 11 feet in length, while the python was eight feet.

Junjun, a farmer, said the two snakes were fighting at his farm when the king cobra saw him. He believes the king cobra wanted to bite him but it was too late, since it was already ingesting the big python.

He said half of the python's body was already consumed by the king cobra.

With this, Junjun immediately hacked the head and the body of the king cobra, resulting in its death.

He then told the barangay officials about the incident. The officials reported it to the Municipal Disaster Risk Reduction and Management Council, then to the Department of Environment and Natural Resources so that the residents will be warned against king cobras.