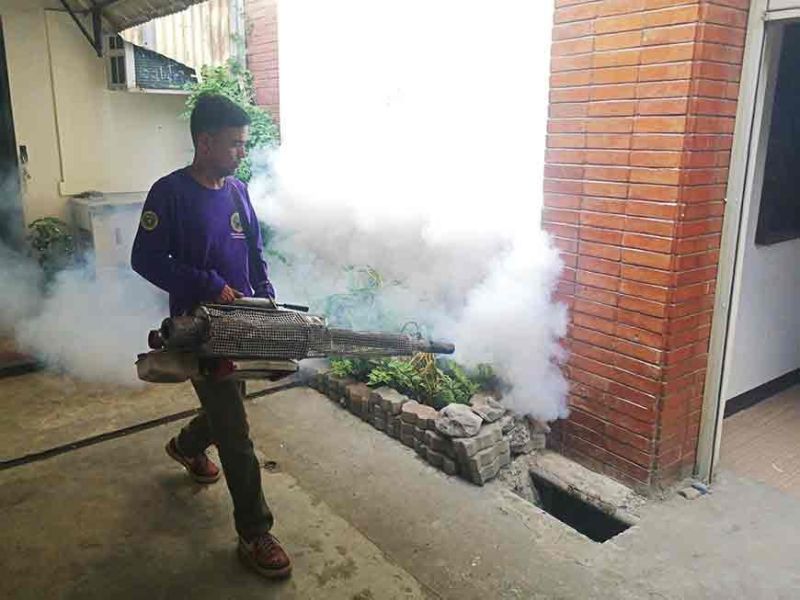 THE number of confirmed dengue cases in Davao City already reached almost 2,500 as of October 2019, based on the data of the City Health Office (CHO).

According to CHO, dengue cases in the city had reached a total of 2,481 in the first 10 months of the year. The month of August recorded the most number of cases with 505.

The city, meanwhile, recorded nine deaths as of October this year. The figure is less compared to last year's 14 deaths.

Talomo North, Toril, Agdao, Talomo Central, and Buhangin have been identified by the CHO as dengue hotspots.

The CHO reported that two patients died last October. According to a health worker, the recent death was a patient living in Mintal in Tugbok District. The patient's age and gender, however, are still being verified.

CHO technical division chief Julinda Acosta said the increasing number of cases was expected especially from August to November due to the rainy season.

But Acosta said the CHO had since changed its strategy in its campaign since the virus is already "endemic" or is rampant throughout the entire year.

While the cases may have increased, she said it is because many patients are immediately rushed to the nearest health centers or hospitals when some symptoms of dengue are starting to manifest.

She said this resulted in the fewer number of deaths this year.

She said while the CHO is currently busy in the city-wide mass vaccination campaign against poliovirus, the Tropical Disease and Control Division, which is assigned in the campaign against dengue, is continuously monitoring the dengue cases in Davao City.

"Our Tropical Disease and Control Division has been monitoring non-stop in all barangays in the city, destroying all breeding places of these mosquitos," Acosta said.

Aside from strengthening its information education campaign (IEC) in all barangays in the city, Acosta urged the public to be proactive in fighting dengue by conducting the 4S practice.

The CHO also encouraged the usage of Dengue NS1 Rapid Diagnostic Test (RDT) kit that detects the presence of dengue virus as fast as 15 minutes, reducing morbidity despite the increasing number of dengue cases.

Meanwhile, the Department of Health (DOH) said 360,646 cases were reported from January 1 to October 12 in the country.

The DOH had declared a national dengue epidemic in August this year due to the rise in the number of cases.

DOH Secretary Francisco Duque III said they were expecting about 240,000 cases to be recorded in 2019, given the usual spike every three years. (With SunStar Philippines)